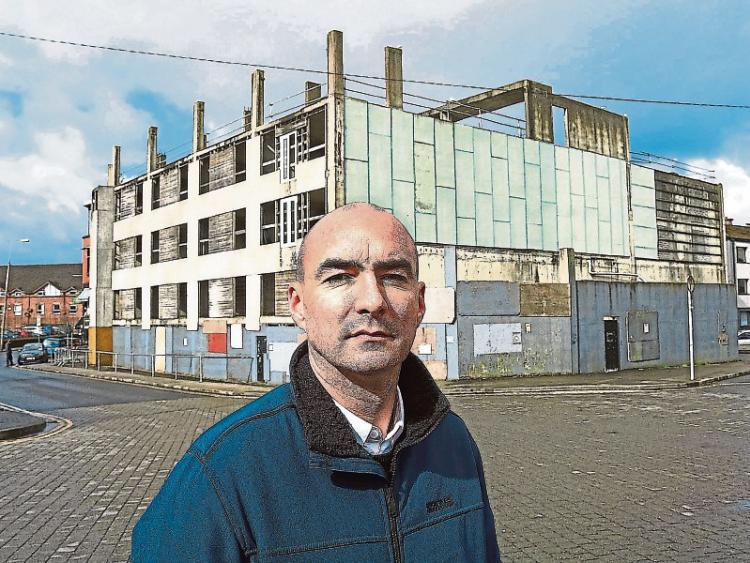 COUNCIL planners have cleared the way for the construction of a new chic-boutique guesthouse opposite the Milk Market.

The development firm sought a change of use from the five retail units at the base of the project and instead propose to open a guesthouse.

Now planning is in place, the proposals will see a likely injection of 100 jobs (construction and permanent) and the completion of a site left unfinished since the economic crash.

Fine Gael councillor Daniel Butler cautiously welcomed the granting of permission, but said he will only be truly happy once he sees workmen on site.

“We have seen a number of applications over the years. Hopefully we will see a development on site soon as Limerick is lagging behind some of the developments in other cities. In Dublin for example, they have 150 cranes in the sky. I think we have only two and just one is operational. There are no real private developers operating in the city. It shows something is not quite right here,” he told the Limerick Leader.

The educational element of the €3m plan will see a language school as its anchor, and the guesthouse will, at some time, service students there.

In documents submitted to the planning authority, Donal O’Byrne, Ellen Street Developments wrote: “Outside of accommodation associated with the school, there is also a shortage of reasonably priced accommodation in this Old Quarter/Milk Market area of the city. The only similar accommodation is a boutique hotel in the Old Quarter which is three-star. There is also a number of AirBnBs in the area, but won’t be available longer due to new government regulations.”

It’s anticipated around €100 per night will be charged for a room at the guesthouse.

Council planners gave the scheme the go-ahead subject to three conditions. This includes a stipulation the developer pay council a contribution of €16,548 in respect of public infrastructure and facilities benefiting development in the area.