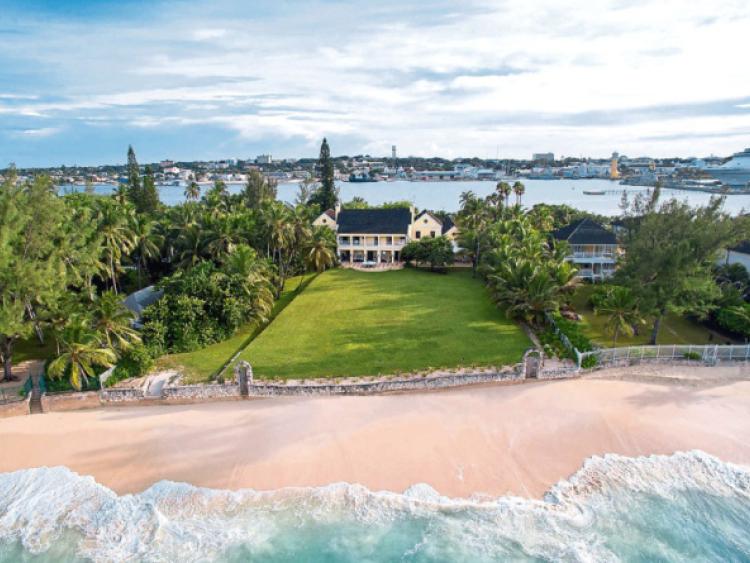 A MANSION once belonging to the legendary Limerick actor Richard Harris in the Bahamas has been placed on the market for auction with an asking price of $10m.

A MANSION once belonging to the legendary Limerick actor Richard Harris in the Bahamas has been placed on the market for auction with an asking price of $10m.

The oceanfront estate on Paradise Island in the Bahamas was named Kilkee House by Harris, in a nod to his many summers spent in the Clare resort. It was previously listed for sale in 2013 for $19.9m.

The four-bedroom, 10,000 sq meters home will be auctioned this Thursday, January 14.

The property was built more than 70 years ago by Huntington Hartford II, who dreamed of transforming a spit of land into a hideaway for the wealthy. Legend has it, that one day in 1971 while walking the beach Mr Hartford met a gentleman who asked to see the house. By the end of the day he agreed to sell the estate to his new found friend, who was non other than hell-raising and Academy Award nominated actor Richard Harris who was flush with cash from his starring role in the film version of Camelot.

Although he owned real estate throughout the world during his life, he sold every other property and kept his Paradise Island home until his passing. He was said to have loved and cherished the estate and the privacy that it provided.

Continuing the tradition of his predecessor, entertaining was serious business with Frank Sinatra, Clark Gable, Errol Flynn, the Beatles, Peter O’Toole, Pierce Brosnan among the visitors.

The property includes a stone bridge over a winding rock grotto pool, 60m of waterfront on the harbour facing Nassau, a private dock to take in megayachts, a dining room that seats 18, a guesthouse, waterfall and gym.

Harris’s children and, later, grandchildren enjoyed the property, with his son Jared, star of Mad Men, speaking of the Bahamas enclave last year during the film festival in his father’s name.

His children sold the property in 2005 to real estate developer David Kosoy, who then spent millions reviving it.

His son Jared, star of Mad Men, once recalled: “ I remember he bought a house in the Bahamas and we arrived off a nine-hour flight. We had a soccer ball with us and it was pitch-dark out, so we started kicking a ball around the living-room.

“And before long things were breaking and Dad, instead of going, ‘For f***’s sake you’re breaking the lamp,’ he goes, ‘You see those little figurines? I hate those... 20 bucks to whoever can break them with a header.’”