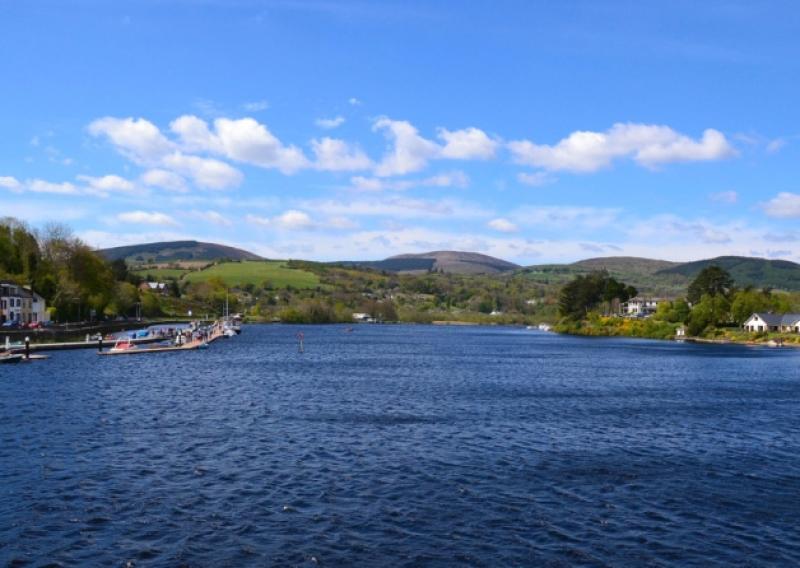 IRISH Water will decide later this year which of the four options it will pursue in order to boost the water supply to Dublin and the east midlands.

IRISH Water will decide later this year which of the four options it will pursue in order to boost the water supply to Dublin and the east midlands.

But three of those options involve extracting water from the Shannon, Limerick City and County councillors were told at a special meeting of the council this Wednesday.

These options involve direct extraction either from Lough Derg or from the Parteen Basin just above Limerick or extraction from Lough Derg with a holding reservoir in the midlands. The fourth viable option being put forward is a desalination plant in North Dublin.

Media reports suggest the water supply in Dublin is on a knife edge, director of services Kieran Lehane told councillors when he introduced the Irish Water options report to be noted by councillors.

Having a good water supply had given Ireland a competitive economic advantage, he said, but as the population continues to rise, security of supply was a key requirement.

But many councillors expressed concerns about the local impacts of extracting water from the Shannon and piping it cross-country to Dublin.

“Does that give Dublin and the East Coast an advantage over us?” Cllr Emmett O’Brien asked, adding that desalination was the only option he could support.

He was, he added, also concerned about conservation, arguing that over 60% of water in Dublin was lost through leakage.

These points were echoed by Sinn Fein and AAA councillors.

“I don’t see the logic of building a pipe across the country to join another pipleline which leaks,” said Cllr Seamus Browne (SF) adding that he was concerned about the ecological impact on fish stocks and tributaries of the extraction proposal.

“The pipes in Dublin are not fit for purpose,” fellow party councillor Maurice Quinlivan said, while Cllr Seighinn O’Ceallaigh said it seemed as if the Pale still existed. Instead of piping water from the Mid-West to Dublin, he said, “they need to pump jobs from Dublin to Limerick”.

And he questioned what the impact on Ardnacrusha would be. Meanwhile, Fianna Fail’s Cllr Sean Lynch asked if the extraction would improve the flooding situation in Limerick while Cllr Eddie Ryan, FF, welcomed the project.

“If we have an excess of water in the Shannon basin and it causes flooding, we should glad someone is going to pipe some of it away from us,” Cllr Kevin Sheahan FF said, but he went on to argue that Irish Water was a failed entity which had squandered hundreds of millions of euro and he called for it to be abolished.

Cllr John Loftus (AAA) argued that the widest possible consultation was vital and called for a public meeting where all those affected could attend, while Cllr Cian Prendiville (AAA) said the best option would be to invest in upgrading the water network and in conservation measures.

“The Parteen Basin is the run-off from the Silvermines, which was one of the biggest lead mines in Europe,” Cllr John Keller (AAA) argued. Heavy metals were involved in the mining of lead, he pointed out.

“Why would you want to give anybody water with heavy metals in it?” he asked.

Having worked previously as a desalination engineer, he argued that this option would cost “a fraction” of the pipeline costs and could provide Dublin with “buckets and buckets of free water”.

Fine Gael’s Cllr Michael Hourigan pointed out that a number of previous reports had already dealt with councillors’ concerns. These reports, he said, showed that extraction would have only a minimal negative impact on Lough Derg but also that fixing all the leaks in Dublin would not be enough to maintain the level of water supply needed.

Another report, he said, showed the desalination option would be much more costly and that the option of having a new reservoir in the Bog of Allen would generate employment.

“We must share our resources going forward,” he said, but he asked that these reports be made available to councillors who had not previously seen them.

Cllr John Sheahan FG called for a special meeting to take place in September to which Irish Water would be invited. This was agreed.