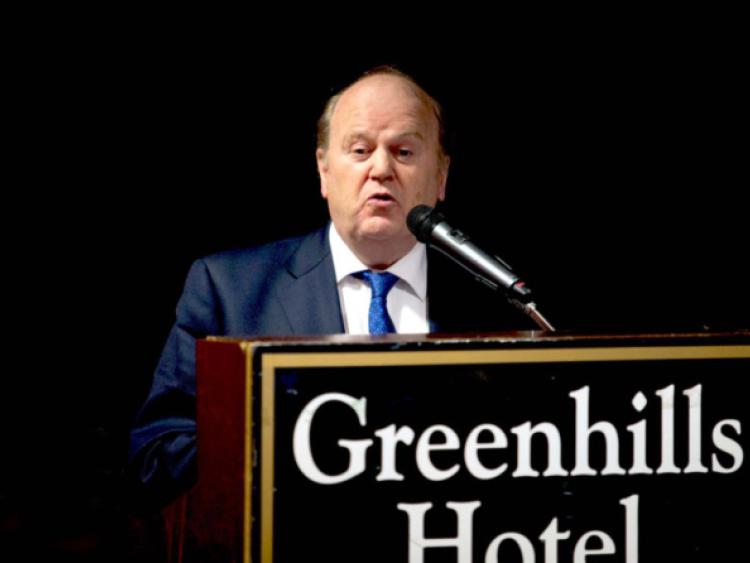 REGENERON is considering opening a second Limerick plant with the potential to create another 200 jobs, the Minister for Finance Michael Noonan has revealed.

REGENERON is considering opening a second Limerick plant with the potential to create another 200 jobs, the Minister for Finance Michael Noonan has revealed.

This is in addition to the production facility already granted planning permission by Limerick County Council and total employment at Regeneron in Limerick could exceed 800 within a few years, according to the minister.

In a speech to Limerick-Shannon Rotary Club at the Greenhills Hotel, Minister Noonan said the US biopharma company planned to make drugs for rheumatoid arthritis and high cholesterol in Raheen. These would be produced in bulk at the plant already granted permission. But the company also has plans for what the minister described as a “filling plant” in Raheen, where workers would break down large containers of product into individual dosages.

Consulting engineers hired by Regeneron were “already on the ground” at the former Dell manufacturing facility in Raheen, Minister Noonan said.

Having met with company bosses in New York last month, he said 300 to 350 jobs would be created after the first phase of what was currently planned was built.

“Their intention at present is to go on with phase two, which is the same again (in terms of jobs). What they do is pharmaceuticals and what they have at present is a drug for people with glaucoma. They sold $1.5 billion worth of that last year out of their New York plant. They are at the stage where they are awaiting sanction from the Food and Drug Administration for what they will produce in Limerick.

One drug is for rheumatoid arthritis and the other drug is a more advanced form of (cholesterol-busting drug) lipitor. And they will do that in Limerick.

“But speaking to them in New York, they told me that when it leaves the plant, it is effectively in 50-gallon plastic containers. Then it needs to go to another plant where they break it down into dosages. And they are looking at a second plant in Raheen now to do that breaking down into individual dosages which doctors would administer. That would mean another 150 to 200 jobs as well,” said Minister Noonan.

And in a sure sign that “Limerick is back on the map again for serious foreign direct investment”, the minister cited Vistakon’s continuing expansion in Castletroy.

“They have very strong plans for development as well and I don’t mean promises; I mean plans gone beyond the point of no return that will deliver another 400 jobs or so,” he said.

Meanwhile, the minister also welcomed news that Nama had last week signed an agreement to transfer 200 acres at Mungret College to Limerick City and County Council.

“We are positioned now to bring a development plan in to effectively have our own Phoenix Park at the edge of the city to the west,” he said.