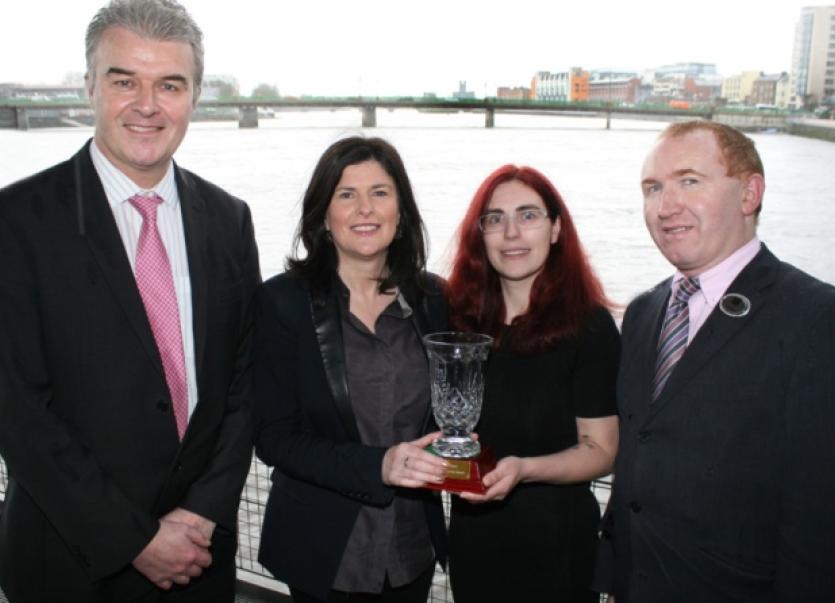 SHARON Slater, a woman with an endless passion for Limerick’s storied history, has been named the Limerick Person of the Month for her ability to convey that passion to the people of the city, county and far beyond via her website Limerick’s Life.

SHARON Slater, a woman with an endless passion for Limerick’s storied history, has been named the Limerick Person of the Month for her ability to convey that passion to the people of the city, county and far beyond via her website Limerick’s Life.

Sharon, who was reared in Murroe, started the website in 2004 in an effort to record the local history of Limerick city.

Over the past 11 years, the site has gone from strength to strength with 1,000 people visiting each day. It has been further enhanced by Sharon’s use of social media including YouTube. The associated Limerick’s Life Facebook, Twitter and Instagram accounts have over 10,000 combined users.

Visitors to the sites can delve into a treasure trove of old photographs, articles and videos about the history of the city’s old buildings, churches, graveyards, cathedrals and streets.

“I was astounded when I was told of the award. I was thinking, ‘Are you sure you have the right person?’” smiles a modest Sharon, who was presented with the Limerick Person of the Month award in the Clarion Hotel this week.

“The prize for me has always been finding out that other people are enjoying the stories.”

Back in 2004, when Sharon was studying for her MA in local history in the University of Limerick, she found herself inadvertently gathering a lot of information that wasn’t relevant to the topic she was studying - she was working on a thesis on the Abbey fishermen.

“While I was doing the research, I would go through newspaper articles and old records and I would see other interesting stories coming up and I would go, ‘Oh, that’s fascinating’,” she recalls.

The articles started to pile up and Sharon thought that they might be of use to someone else. She decided it was a better idea to put them online rather than let them sit idly in her attic in Corbally, gathering dust.

“And that’s pretty much how it started,” she recalls. “I took my first lot of records and put them online.”

While Sharon grew up in Murroe her family all hailed from England and, as a result, she didn’t have any real ties to Limerick growing up.

“I was always looking around me trying to find a link to where I was. Everybody I met - their mother, grandmother and great grandmother all came from the same area but mine were all over in England so I think I was trying to build my own ties to Limerick,” she explains.

If Sharon came upon a listing of births, marriages or people who had emigrated, she would gather them up. She had a huge interest in genealogy as well.

What fascinates her most of all is social history. “I think we are all history,” she asserts. “Just because it happened in our lifetime doesn’t mean that it’s not history or it’s not important.”

At the moment she is working fulltime on the history of Limerick Clothing Factory for Limerick Archives and Limerick Regeneration.

“I like the history of individual people like the baker and, even more than the baker, the baker’s wife. We all know what the mayor was doing but most of us didn’t come from the mayor.

“Most of us came from the guy who went to work inside in one of the bacon factories and came home and had his own family. They had their own stories and their stories are as important as the mayor’s.”

Sharon, who is a freelance historian, author and genealogist, operates Limerick’s Life on her own.

“I update the website a few times a month. I have about 400 stories on there now. Twitter and Facebook are fantastic tools for letting people know what is going on. I link to other interesting things that Limerick people have done.”

More than half of the people who interact with the website and Facebook page are expats or are the children of expats.

“I see it on the Facebook page especially, people would interact with each other - it’s not just me telling the story.

“It’s amazing how proud people are of the story of Limerick and of the people who were here.”

The stories generally originate from one small snippet of information and blossom into fully fattened tales thanks to further investigation and research.

Is there any one story that stands out or was a bit more special than the rest?

“A few years ago, I did a story on one house - I just picked a house randomly on Cecil Street at the time and I decided to do the history of that house as an example of the history of every house.

“I traced everybody I could find who lived in that house. It was amazing to see the story develop of who had first bought it.

Old pictures, Sharon says, stir up a lot of emotion for people - a lot of nostalgia. “You can see it from the messages that they leave and I encourage people to interact with each other.”

Limerick, she says, has “a very distinct history”.

“It’s a very hidden history,” she points out. “Limerick has always had fantastic things going for it, still does and will continue to do so.

And, Sharon, no doubt, will be there to chronicle it all.

“I love what I do,” she says. “What I do is a passion. The Limerick’s Life project has always been a passion - it’s something I enjoy doing. After 11 years, I’m still going stronger than ever and I still think there is a lot more to uncover.”