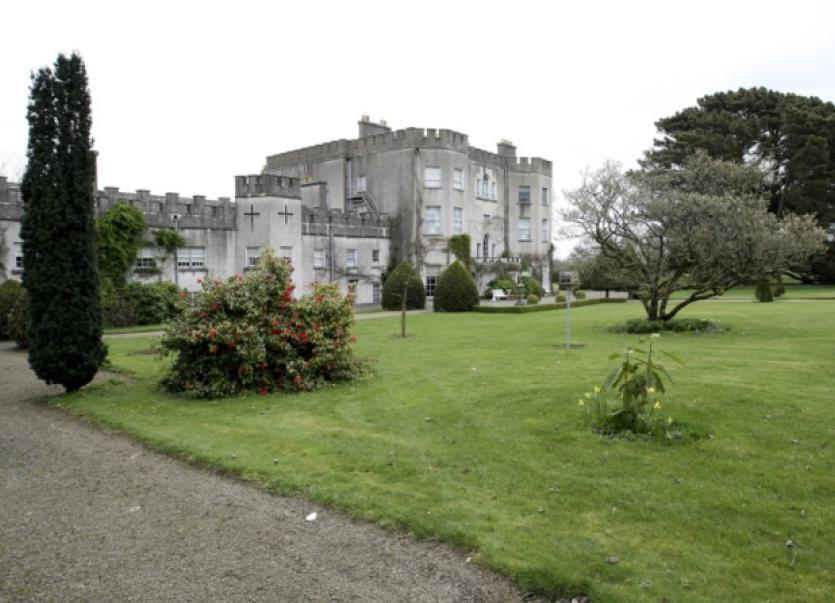 THE sale of Glin Castle will not end the historic seven hundred year link between the Fitzgerald family and the community in Glin.

THE sale of Glin Castle will not end the historic seven hundred year link between the Fitzgerald family and the community in Glin.

The family is expected to retain a 10-20 acre portion of the 380-acre estate, and hopes to build a house there, the Limerick Leader has learned.

There are also tentative but ambitious plans to revamp St Paul’s Heritage Centre, at the gates of Glin Castle, as a place to recount the long, historic and eventful story, of the 29 Knights of Glin.

But last week’s announcement that the castle and estate were now to be sold closed a significant chapter of that family history and local people are saddened by the turn of events. The last Knight of Glin, Desmond Fitzgerald, died in September, 2011 and the title died with him as he had no male children.

“There was a great connection between the castle and the town,” John Anthony Culhane, chairman of Glin Development Association said this week. The late Knight of Glin had been very involved in various local projects, most recently the Knight’s Walk and the castle and grounds had provided the backdrop for a number of fundraisers for different projects over the years.

“It is disappointing that they had to come to this decision,” Mr Culhane said but added: “It is just not paying its way. It is losing money. The farm was not paying its way.” Madame Olda Fitzgerald, he said, was very upset that it had to happen on her watch.

Earlier this year, Mr Culhane explained, the family had issued an appeal, hoping that the state or one of its institutions might step in. And actor Dominic West, husband of Catherine Fitzgerald, had suggested that the University of Limerick might take over the castle and its gardens. “” It is a living piece of Irish history so maybe the University should get involved and make this place a link between art and architecture in Ireland as it’s absolutely steeped in culture and heritage,” Mr West said at the time.

However, nothing came of this and the decision to sell was made.

“It is sad but inevitable,” said historian Tom Donovan who worked closely with Desmond Fitzgerald to compile the monumental Knights of Glin: Seven Centuries of Change and who edited the massive tome which was published in 2009 by the Glin Historical Society, shortly before Desmond Fitzgerald became ill.

He was saddened, but not surprised, by the announcement of the sale he said and his hope was that whoever would buy it would honour its history.

“We would love someone who has a feeling for the house’s provenance and history to take it on and love it as we have,” Catherine Fitzgerald said, in a long article in the Irish Times property supplement announcing the sale.

“We would have loved to carry it on, but the practicalities of it are a full-time job,” she continued. Catherine, is a landscape designer, currently working at Hillsborough Castle and often has to travel for work while her husband is often also away for his film work. Her sisters live abroad.

The Knights of Glin were originally Normans, a branch of the Desmond Geraldines. Their original base in the West Limerick area was Shanid Castle near Shanagolden, Mr Donovan explained, but then a castle was built in Glin, on the banks of the Corbry River.

Only the tower of that remains now. The castle was attacked in 1600 and some time later the then Knight of Glin moved to lands west of the village. Glin House, was built sometime in the 1700s, burnt down in 1740 and was then rebuilt. The lower, two-storey “wing” of the castle, with its interior turf walls, remains the oldest part of the current structure. The more imposing section was built in 1780 and the castellations added in the 1820s.

As the book The Knights of Glin reveals, Glin Castle has seen its share of scandals and upheavals, most notably when the sheriff moved in and there was a sale of contents in 1803. In 2009, the last Knight, who had worked tirelessly throughout his life to restore and finish the house and to furnish it, auctioned some of the contents and some of his collection.

During her marriage to Desmond, Madame Olda oversaw the restoration of the gardens and in particular the walled garden.

Who will buy Glin Castle remains to be seen. Over the past thirty years it has been rented out in its entirety to high-net worth individuals. It has also operated as a boutique hotel. In its day, Glin Castle played host to a wide range of famous people, including rock legend Mick Jagger, Marianne Faithful and a wide range of people from academia and the worlds of architecture, art and acting. The hope is the new purchaser may also retain the furniture and artefacts which were collected for the Castle by the last Knight of Glin.