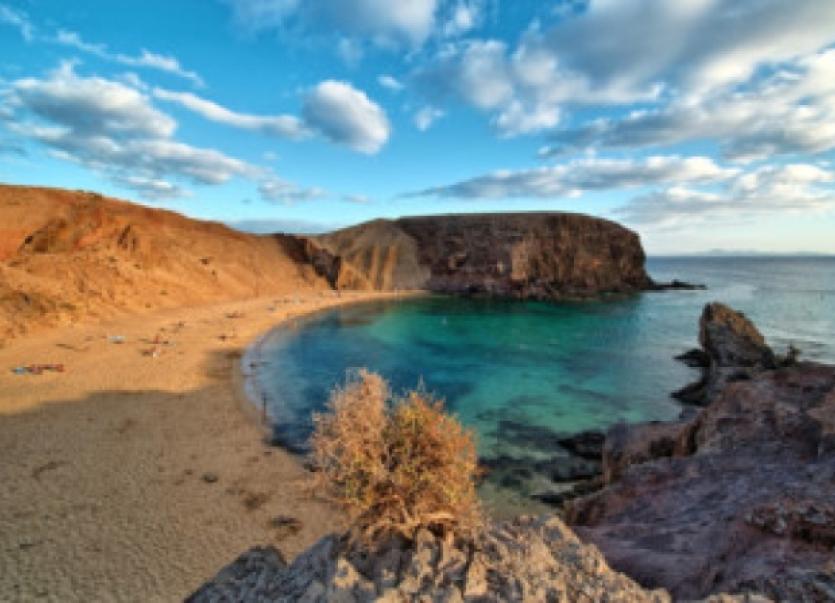 SHANNON Airport’s run of positive announcements continues with Aer Lingus adding a once-weekly service to Lanzarote through the winter.

SHANNON Airport’s run of positive announcements continues with Aer Lingus adding a once-weekly service to Lanzarote through the winter.

An additional 8,000 seats are available from October 26 through the off-peak season for those looking to break up the long, dark nights with a trip to the Canaries.

“We have just had a great summer and a lot of people will be yearning for the sun again once we hit into the darker months of the year. There is no better place to find it than in Lanzarote,” said Shannon Airport CEO Neil Pakey.

“This further addition to our winter schedule from Shannon should prove very popular. Lanzarote is a fantastic destination for winter sun-seekers. We look forward to welcoming customers on board the new service,” commented Aer Lingus’ director of communications Declan Kearney.

A spokesman for Shannon said the service would be up and running for the mid-term break.

The announcement of the Lanzarote services is the latest in a series of positive developments at the airport ­ - including securing a range of new UK, European and transatlantic services - since it started life as an independent entity in January. It also represents the latest addition in services to and from Shannon from Aer Lingus. Its new summer route to Faro and the Algarve has sold well, according to reports, while the former national airline has also signalled it will restore transatlantic services to the United States on a year-round basis.

“We are delighted with this latest Aer Lingus’ commitment on its services at Shannon, especially as it comes so soon after the recent announcement of increased frequency to Boston and New York next year,” Mr Pakey commented.

Daily flights to New York JFK and Boston’s Logan International from next year represent a 25% increase in transatlantic capacity at Shannon in 2014.

Airport management hope that such services will continue the growth in overall passenger numbers experienced at Shannon in recent weeks. New and expanded services have already brought an end to five years of month-over-month declines in passenger numbers at Shannon, with 8% and 9% increases recorded in June and July respectively.

And preliminary figures from August are also encouraging with total traffic over the bank holiday weekend up by 10% on 2012.

Mr Pakey said the growth might have been more pronounced had Irish holidaymakers not opted to stay at home to enjoy the unusually good weather.

Seats to Lanzarote are now on sale at www.aerlingus.com.