JP McManus is the new owner of €30m Adare Manor 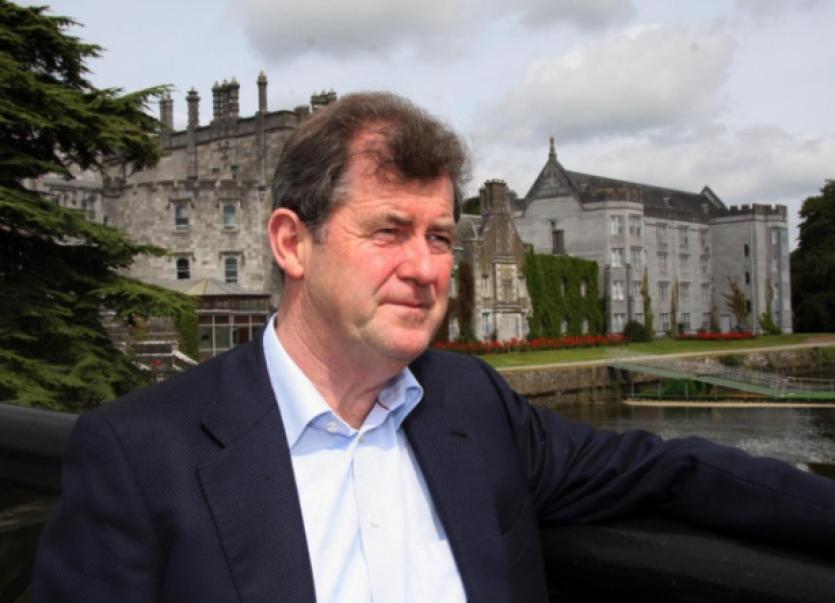 A DEAL for JP McManus to take ownership of the five-star Adare Manor resort was finalised this Wednesday evening, the Limerick Leader can reveal.

A DEAL for JP McManus to take ownership of the five-star Adare Manor resort was finalised this Wednesday evening, the Limerick Leader can reveal.

The hotel was put up for sale in September with a €25m price tag and bids closed last Friday.

Since then, speculation has been rife that the millionaire businessman and philanthropist was planning to make a bid. Mr McManus has had a long-running association with Adare Manor, having hosted the JP McManus Pro-Am there on two occasions.

It is believed that the new owner will pay in the region of €30m and has ambitious plans for the resort, which was previously owned by US businessman Tom Kane.

There were reports that staff were informed about the impending sale this Tuesday. However, hotel management were not available for comment.

The agent in charge of the sale, John Hughes of CBRE, could not confirm that a deal had been finalised.

“It is still in a process. We have been marketing the property for sale and that process is still ongoing,” he said.

Speaking to the Limerick Leader last weekend Mr McManus would neither confirm nor deny reports that he had bought the luxury hotel, saying “that would be a commercial decision”.

However, speculation had been rife in Adare village all week that he was the new owner.

“The rumours all around the village are that JP has bought it,” commented one local businesswoman.

It is understood that Mr McManus is one of seven parties that lodged bids for the resort in recent weeks. US investor Tony Saliba, who recently bought Lough Erne golf resort in Co Fermanagh, was also linked to the property.

The hotel was bought in the mid-1980s by Tom Kane who made significant investments in the property over the years.

This included the development of the 18-hole championship golf course designed by Robert Trent Jones Snr. The course hosted the Irish Open in 2007 and 2008, as well as the JP McManus ProAm which attracted some of the world’s leading golfers and a host of celebrities.

Speaking to reporters this week, Mr McManus did not rule out the possibility of another similar event in the future. “We might see another Pro-Am in the future, so fingers crossed,” he said.

Other local hotels to have changed ownership in recent months include the Savoy and the Radisson Blu.