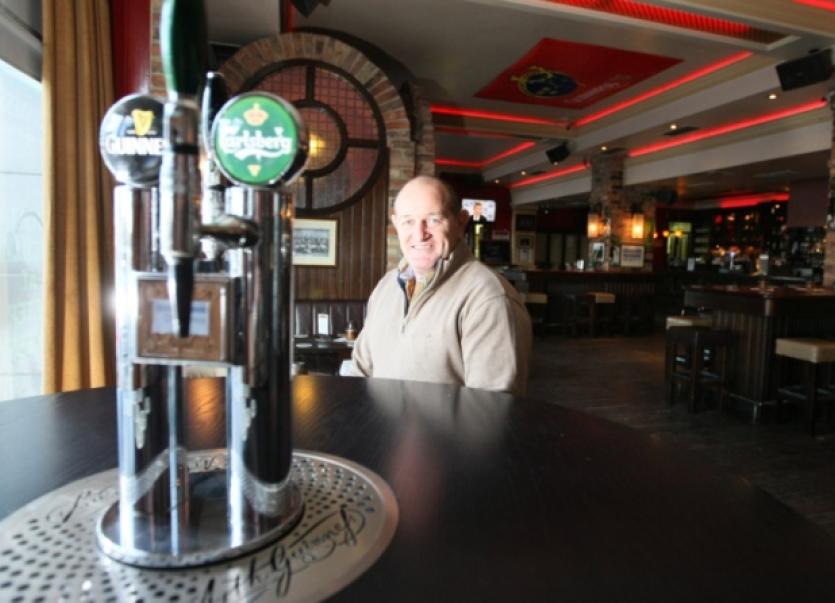 IT WAS one of the super-pubs created during the Celtic Tiger, but even the custom of Munster rugby fans couldn’t halt its decline during the downturn.

IT WAS one of the super-pubs created during the Celtic Tiger, but even the custom of Munster rugby fans couldn’t halt its decline during the downturn.

In spite of renewed efforts by the local authorities to turn the city’s focus more and more towards the river, Peter Clohessy’s bar closed its doors on Sunday last – after enjoying just a few months of the €5m revamp to the quays, including a new boardwalk.

While hundreds of its patrons expressed shock on social media forums, others in business circles were not surprised – though they were saddened – by its demise, which has led to the loss of nearly 50 full and part time jobs.

It is understood that the business suffered unsustainable financial losses within the past year and owed a substantial sum to Revenue as well as considerable amount in commercial rates to the local authority. Wholesalers were also called in in recent days to seize stock in an effort to recoup some of their losses.

A full statement regarding its closure has not been issued, but according to the most recent available figures filed with the Companies Registration Office, for the end of August 2012, the bar suffered spiralling financial losses.

The Sin Bin nightclub will also close, while the neighbouring bar, Small Claw’s, will continue to operate as normal.

Councillor and publican Jerry O’Dea, the local representative to the Vintners’ Federation of Ireland, told the Limerick Leader that he felt “so sorry” for Peter Clohessy, whom he regards as a very good publican.

He expressed disappointment that the pub was forced to close, in spite of the major revamp to the quays in the past year, which ironically contributed to its downfall through lengthy delays in completing the project.

“It’s quite tough at the moment. Peter is a very good member of Vintners’ and worked very hard to keep the pub and nightclub going.

“With the Budget coming up, we would appeal to the Government to reverse the excise duties that have been applied to alcohol for the last two years, adding 28 cent to the price of a pint, which cannot be passed on to customers.

Cllr O’Dea said Clohessy’s is a “fine pub, which under normal circumstances, should be open.”

He pointed out the closure of numerous other pubs in the city in recent times, including Hassett’s near Thomond Park, Kennedy O’Brien’s, The West End and the Corner Flag.

While there have already been suggestions that the premises would be an ideal location for UK chain Wetherspoon’s, which is seeking to expand their operations in Ireland, Cllr O’Dea dampened some of those suggestions.

“Wetherspoon’s offer a particular type of product, and I think the future of the pubs in Limerick would be better served locally. There is a lot of talk, but I suspect their main focus is on Dublin, and then possibly Cork. They deal in high-volume businesses, and as we have seen from Clohessy’s the volume [of customers] just isn’t there,” he said.

Sinn Féin councillor Séighin Ó Ceallaigh added: “It’s a sad day for Limerick, having lost an iconic pub in the city. The pub trade keeps many people in employment in Limerick, and it is the tax on alcohol which is forcing pubs across the country to close their doors.”

“It is hard for pubs to compete with supermarkets who offer alcoholic beverages for less than a quarter of the pub price, but it is pubs who employ many young people, some of whom have little or no experience and this is an opportunity for them to increase skills and employability for the future.”

“I hope that this is a big wake up call for the three Limerick Government TDs, who will soon be deciding on the budget, not to increase the VAT rates for pubs, nor the tax on alcohol.”

A notice on the door of Clohessy’s said it will remain closed until further notice.

Speaking to the Limerick Leader in July of last year, the former rugby titan Peter Clohessy said his business was “crucified” by the €5m project to revamp Howley’s Quay.

He said at that time that they missed out on major events which would have bolstered the bar’s finances, such as the Bruce Springsteen concert in Thomond Park, and the Munster hurling final, which also attracted tens of thousands of people to the city.

Earlier this year the former Ireland and Munster prop, who fronted the bar and co-owns it alongside a number of Cork based investors, admitted that they would be fighting legal proceedings initiated by Limerick City Council over the non payment of commercial rates. He admitted the company did owe rates, but would not reveal how much.

The accounts are abridged and only provide limited information on the performance of the company, omitting revenue figures and any dividend payments that may have been paid.

Mr Clohessy is one of six directors for the company, with the remainder of the directors all coming from Cork.

Mr Clohessy’s other pub, Croker’s in Murroe, is not affected.