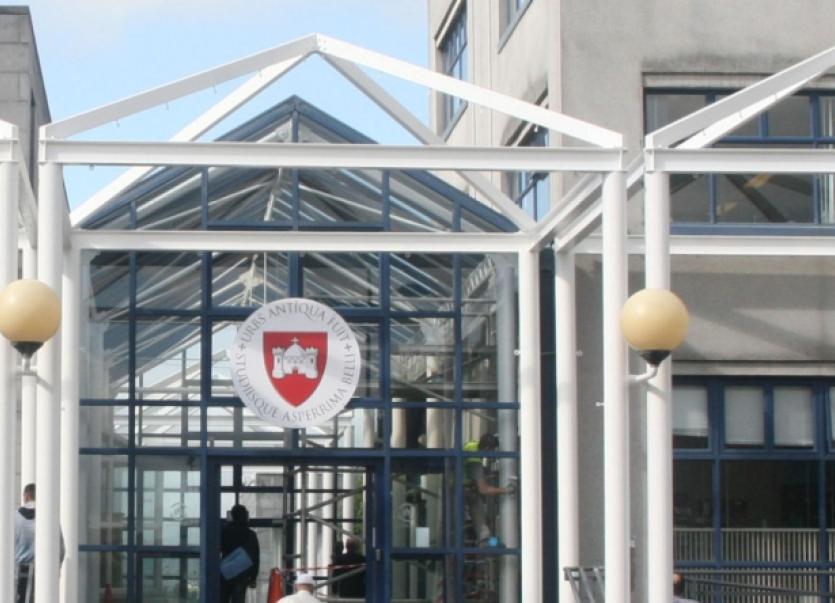 A motion from Anti-Austerity Alliance (AAA) member Cian Prendiville, instructing council bosses to write to Mr Kelly – also explaining how attempts by the old City Council to bring water protestors to court was defeated – was passed by 11 votes to seven at this week’s council meeting.

The motion – which also calls on government to scrap plans to bring water bill payers to court and instead collect charges through “progressive taxation” – was backed by the AAA, Sinn Fein, Fianna Fail and Independent Cllr John Gilligan.

Cllr Prendiville said: “The government’s threats are all bark and no bite. Water charges are a utility bill, not a tax. Irish Water cannot deduct a penny from people’s wages or welfare. To get an attachment order, they would first need to take non-payers to court. When Limerick City Council tried this before, they gave up as it was too time consuming and costly, and failed to break non-payment.”

Cllr Prendiville said it could cost the government millions to take everyone who does not pay water charges to court.

“The AAA believes this council should therefore call on the government to learn the lessons Limerick City Council learned the hard way, give up on their barking about court cases and ‘toddle along’ now to abolish these charges,” he added in a reference to a remark made by Taoiseach Enda Kenny to Cllr Prendiville’s Dail colleagues .

Sinn Fein councillor Séighin Ó Ceallaigh seconded the motion, saying: “As a basic right, water should not be charged for. It it is obvious Fine Gael and Labour have lost the mandate of the people of Ireland.”

Cllr Gilligan said the issue must be “above party politics”.

“Having water is a fundamental right, and under no circumstances should that be withdrawn,” he added.

“Water is in a complete state of deterioration. If we want this to continue, we should not introduce charges,” the Raheen man said.

He also questioned Cllr Prendiville’s comment on which “progressive taxes” will be levied, as did party colleague Michael Hourigan.

But Cllr Gilligan jumped on his northside rival, saying: “In 1997, you said you opposed water charges”.

Instead of imposing water charges, money should have been raised through the markets to fix Ireland’s infrastructure. But Cllr Marian Hurley, Fine Gael, asked why Fianna Fail did not invest to improve Ireland’s water infrastructure when in government.

This claim was rejected by Sinn Fein leader, Cllr Maurice Quinlivan, who accused Labour of “misrepresenting” his party’s position in the six counties.

“With government comes responsibility,” Cllr Leddin said. “I do not think people mind paying €1 to €2 a week to get a good water service. The Anti-Austerity Alliance are against everything. They want good public services, but they do not want to pay for them.”

Cllr Leddin pointed out that it was Fianna Fail who signed up to water charges following the intervention of the IMF, a claim met with jeers from the Soldiers of Destiny, who said they did not approve Irish Water.

Cllr John Loftus, AAA, said that €1bn has been taken from other taxes to pay for water this year, but only €300m has been spent.

“How would you like to tell pensioners who voted for Fine Gael, and who came out and stopped the meters being installed that you are in favour of water charges? Go out and meet them face to face, and then come back to me,” he told government councillors.

Labour’s councillor Elena Secas said the debate is a waste of time, because councillors have no say on water charges.

“There are so many local issues that we do not discuss because we do not have time. We spend to much time discussing this issue, so people can get headlines in the paper,” she said.

This drew the ire of Cllr Ó Ceallaigh, who said: “I think you should walk around the areas and tell people you think you should be paying charges. Tell people on social welfare that you think they should pay over €1,000 per year. It is a disgrace to these people to say that we should stick to local issues.”

Cllr Maria Byrne questioned where he got the figure of €1,000 from.

A majority of councillors voted in favour of the motion, with Fine Gael and Labour voting against the notice of motion.