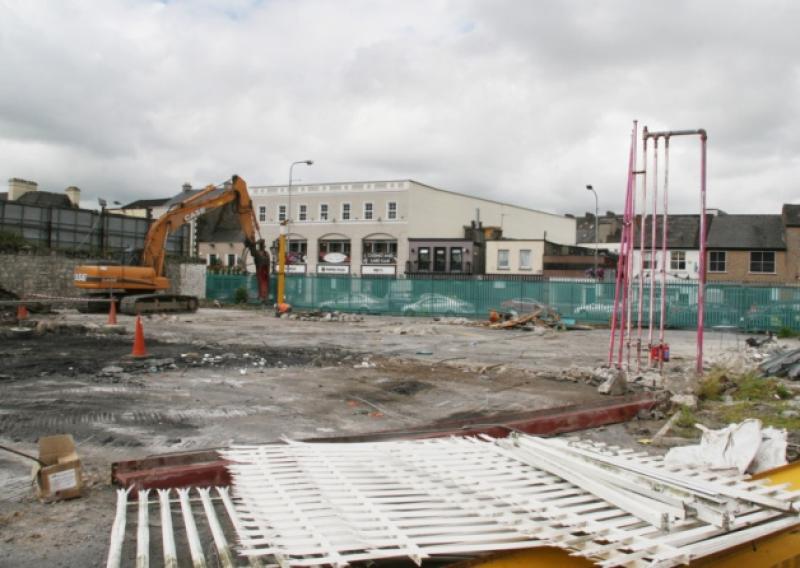 THE ARTWORK by a renowned graffiti artist in the heart of the city has been levelled, to facilitate the redevelopment of Colbert Station.

THE ARTWORK by a renowned graffiti artist in the heart of the city has been levelled, to facilitate the redevelopment of Colbert Station.

The work by the graffiti artist Maser had transformed the once derelict petrol station on Parnell Street, bordering the bus and train station, for several years as part of a transformative urban art project.

However, it was knocked down this week as the plans progress for the station’s €17m transformation, with at least €3m due to be invested in the site this year.

A spokesperson for Limerick City and County Council confirmed that the land is now on loan to the station to be used as a temporary carpark during the works.

However, it will return to the council once the works are completed and the council is said to have its own plans for the site.

Meanwhile, major redevelopment plans for Parnell Street, Davis Street and Wickham Street have been put on display by the council.

The public can have their say on the proposals before Friday, September 11.

The plans, which the council hope will create “a welcoming entrance to the city”, will see the realignment of the Hyde Road and a new signalised junction at the intersection of Upper Mallow Street and Parnell Street.