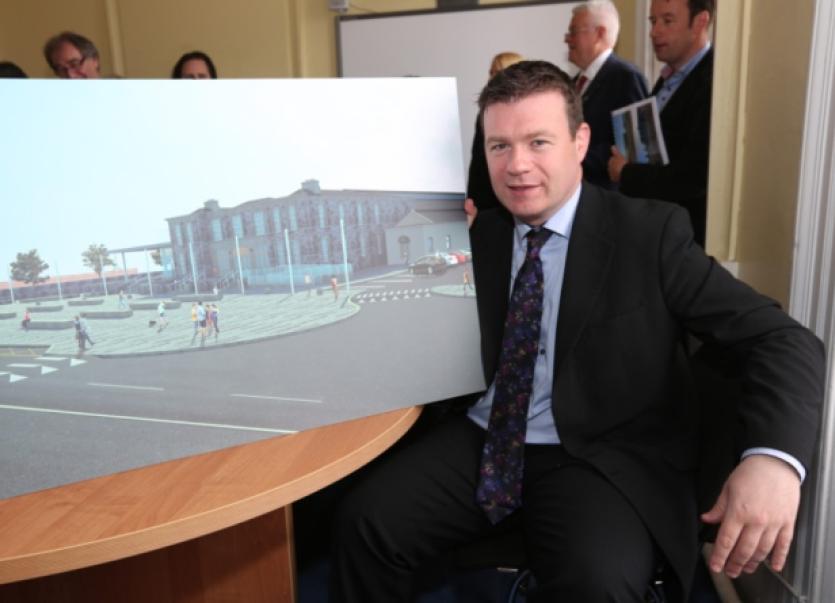 CONDITIONAL planning permission has been granted by Limerick city and county council for the €16.8m redevelopment of Colbert Station, which could prove to be “transformational” for the city.

CONDITIONAL planning permission has been granted by Limerick city and county council for the €16.8m redevelopment of Colbert Station, which could prove to be “transformational” for the city.

This May, Alan Kelly, the then Minister of State for Public Transport and now in charge of Environment, Community & Local Government, unveiled the long-awaited plans, set to modernise the gateway into Limerick city, including proposals for a €3.5million pedestrian plaza.

Now, the plans for this protected structure have received conditional planning permission from the joint local authority.

However, no schedule has been released as of yet, detailing when the works will begin. The works originally hark back to prior to 2009 when plans for a modern, €5.5m bus station were turned down by City Hall. The then application by Bus Eireann was overturned by An Bord Pleanala, yet it never proceeded.

It remains to be seen whether there will be any submissions or objections to An Bord Pleanala on this occasion, as there are a number of weeks to do so.

If developed as planned, the project will be completed on a phased basis, with funding allocated over the next eight to ten years and could create up to 100 construction jobs.

The plaza, which will form phase one of the development will be completed within three to four years. The train station’s existing toilet block will be demolished to make way for a new bus station, with the current bus station being converted into the access area for a new 235-space car park.

The project will also see a significant refurbishment of the interior of the station with new finishes throughout and provision of a new ticketing office and retail units.

“For many visitors, Colbert Station is the ‘shop window’ for Limerick and this major development will enable it to be a real centrepiece for the city greatly enhancing the user and visitor experience,” said the city and county manager Conn Murray.

Minister Kelly said the project would give the station and the city a huge boost.

“The station is in need of investment and the creation of a pedestrian plaza at the front of the station facing the city-centre will provide a new civic space for the people of Limerick while dramatically improving the aesthetics of the area. I can see it becoming a real focal point of the city in time. The plaza is the centrepiece of the works and will open up the station to the entire city,” he said.

The plans were prepared by Irish Rail in collaboration with Bus Éireann, Limerick City and County Council, and the National Transport Authority.

The plans will be funded through the Regional Cities programme.

Built in 1849 and designed by Sancton Wood, also architect of Heuston Station in Dublin, the station was renamed after Con Colbert, the Limerick man executed following the 1916 Rising.

But the station was not originally intended to be located on Parnell Street. The National Inventory of Architectural Heritage notes that “aristocratic and middle class interests prevented it from being constructed in the more fashionable parts of the city and it was thus built at the edge of the Victorian part of the Limerick city”.