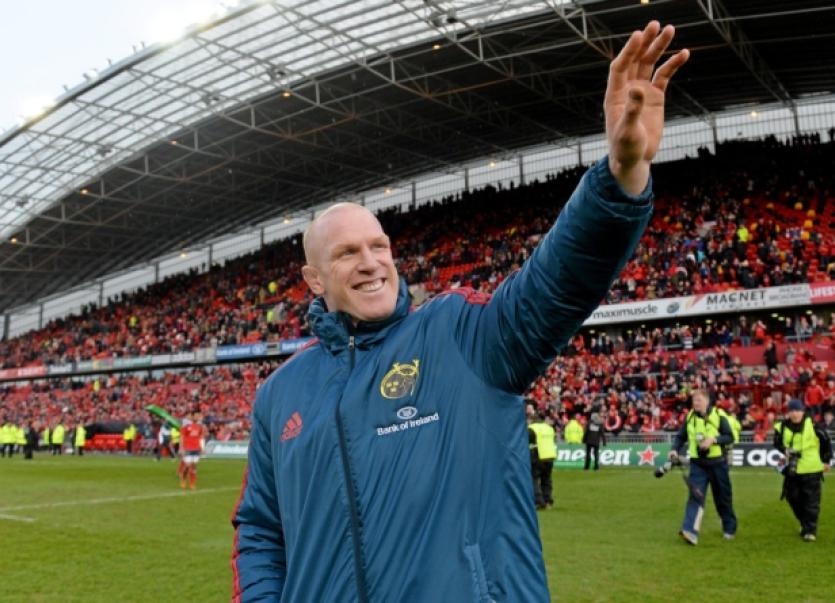 THOMOND Park management have requested that Munster’s home Heineken Cup quarter final against Toulouse be played on the evening of Saturday, April 5.

THOMOND Park management have requested that Munster’s home Heineken Cup quarter final against Toulouse be played on the evening of Saturday, April 5.

But an ERC spokesman told the Limerick Leader that no decision had been made at the time of going to press this Wednesday, and that “hopefully clubs will be informed tomorrow (Thursday) and an announcement made on Friday”.

“With TV it is complex as there has been major interest from French broadcasters and Sky, given the number and profile of the teams involved. The schedule is being worked out at the moment,” added the spokesman.

After Munster’s fifth Heineken Cup win on the bounce against an Edinburgh team that beat them in the first round, they have been rewarded with a fifth meeting in the competition against the French aristocrats on the weekend of April 4-6, Toulouse’s first trip to the city.

It will be Munster’s fourth home quarter-final since the stadium was re-developed in 2008, and their sixth in eleven years in the competition.

John Cantwell, Thomond Park stadium boss, said that Munster’s bonus point win over Edinburgh in the ground last Sunday was “an absolutely phenomenal result, not just for the team and for the club, but for Thomond Park, for the city and region”.

“Its value can’t be underestimated in terms of the economic impact and the feel good factor,” he explained.

“We have our fingers crossed now in terms of the date, we are hoping it will be a Saturday. We have no indication yet but we have issued a request to hopefully get a Saturday fixture.

“It would boost the economic situation for everybody concerned. For ourselves, we have been unlucky getting two out of three on a Sunday lunchtime, which is not great, but you play the cards you are given.

“We would hope that we have done our bit in terms of boosting viewing figures on a Sunday.”

The potential economic impact to the region from a home quarter-final has been previously estimated at between €6m-€10m.

Sean Lally, manager of the Strand Hotel, said that the hotel was already “pretty much fully booked” for the weekend.

“It is a fantastic boost for business in the city and everybody gets a benefit from it, an event like that makes a month and for the city and for hoteliers it is a great result,” he said.

“It is huge. It has such a knock-on effect, it means you are employing more people over that weekend, visiting fans and supporters are coming into the city and a lot of the hotels are already heavily booked.

“It is brilliant and fair play to Munster for getting over the line. It is a great boost for the PR of Limerick also.”

Munster’s ticket allocation will be distributed through rugby clubs in the province and the supporters’ club, and, if any remain after this, they will be released to long term and season ticket holders. Toulouse will be entitled to 25% of the total allocation.

Munster’s Paul O’Connell put voice to many fans’ sentiments when speaking about a home quarter after last Sunday’s match.

“It is great to have a home quarter-final. It is an expensive business travelling away. I have no doubt that if we were away from home, we would have had great support. But it’s great for the supporters to be able to enjoy the home comforts for the quarter final.

“It will be a really tough game, one to really focus the minds over the next few months.”