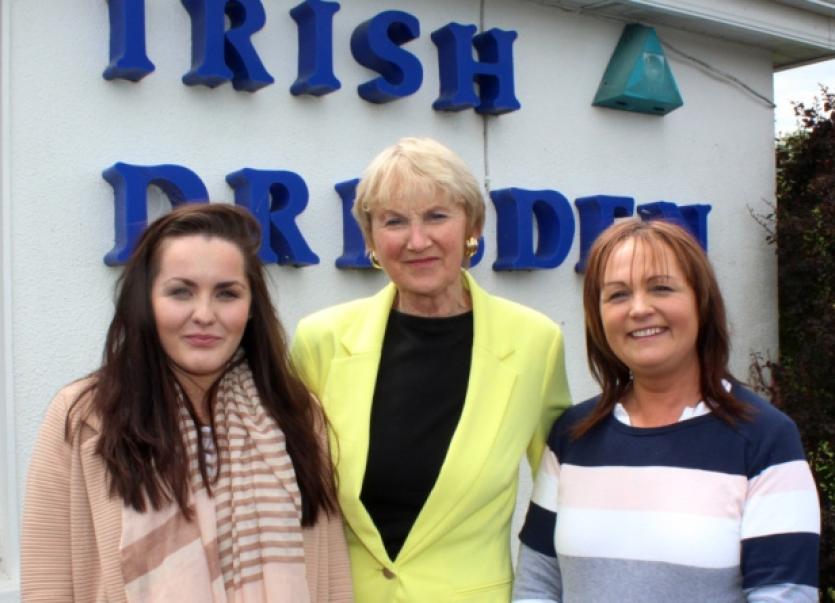 IRISH Dresden in Dromcollogher is open for business again, six years after the company went into liquidation and the doors shut on almost half a century of local craftsmanship.

IRISH Dresden in Dromcollogher is open for business again, six years after the company went into liquidation and the doors shut on almost half a century of local craftsmanship.

Now, in a remarkable act of hope and confidence, Sabina Saar-Best has, at 70, established a new company and re-opened the business founded by her parents in 1962.

Four women are now back working full-time, creating the delicate porcelain figurines that are the Irish Dresden product. And Sabina hopes that the new company, called Muller Volkstedt in honour of the company’s German origins, will grow and flourish again.

“I am quite happy about it,” she says with a certain understatement. “I can’t believe I have done it.”

She signed the papers for the factory premises in Dromcollogher last Wednesday, the self-same premises which closed in 2009 when a liquidator was appointed and the remaining staff were left go.

But in the six years since, Sabina refused to give up the dream of re-opening, desperately wanting to keep alive the tradition started by her great granduncle in East Germany in 1895.

Following the 2009 liquidations, Sabina continued to work “in a small way” on the porcelain figurines in her garage and hatched her come-back plan, saving money, borrowing money and teaming up with her new business partner Martin Crotty.

Mr Crotty, she revealed, has just returned from a business trip to Hong Kong where they hope to establish a foothold in the Chinese market.

“I kept the Japanese link alive,” Sabina said, explaining that the Japanese market had proved a good one for Irish Dresden and she hoped would prove so again.

She also hopes to re-establish the Russian market and is also delighted that House of Ireland in Dublin is now stocking Irish Dresden again.

And, in yet another proof of her indomitable spirit, Sabina has opened this new chapter in Irish Dresden with a new addition to the family of figurines: a dog Rexie, modelled on her pet Golden Labrador who has died.

“My hope is to build up the company. We will probably never get very very big but I have an awful lot of plans,” Sabina revealed.

Sabina’s parents, Oskar and Johanna Saar, fled what was then East Germany and established Irish Dresden in Dromcollogher in 1962, starting in the old primary school and later transferring to the parish hall while the factory proper was being built just down the way.

The product line was an immediate success and summer tour buses would call to the factory where the visitors, mainly Americans, would see the various stages of manufacture and the gift shop did a brisk trade.

Irish Dresden found a willing market in America too, and in outlets such as airport shops and fashionable department stores. Many people began to collect Irish Dresden, adding new pieces as they became available. As quality craft items, Dromcollogher Dresden became acceptable as formal gifts, often presented to visiting dignitaries by the Department of Foreign Affairs and former Minister Gerard Collins

At its height, the factory employed up to 70 highly skilled workers but by the time it closed in 2009, this had reduced drastically to a dozen or so.

At that time, Sabina explained she had no alternative but to close.

“Business has been bad for a long time. We kept paying the wages. We mortgaged everything to put back into the business but we ran out of fund. We just couldn’t pay the wages anymore,” she said.

If it had been possible to ride out the recession, they would have tried to do so, she said. “If there were lots of orders, we could say: ‘well, we will wait and see’.”

But the orders just weren’t there. Besides, she said at the time, the staff couldn’t wait around for things to turn.

Now, however, things have turned. A handful of the old staff are back, with maybe more to come.

“We are calling it the Old Fogies Factory,” Sabina laughed, adding that only one of the staff,at 20-something, is young.

Now, also, the void she and her mother Johanna faced in 2009 has, by sheer doggedness, turned into hope.