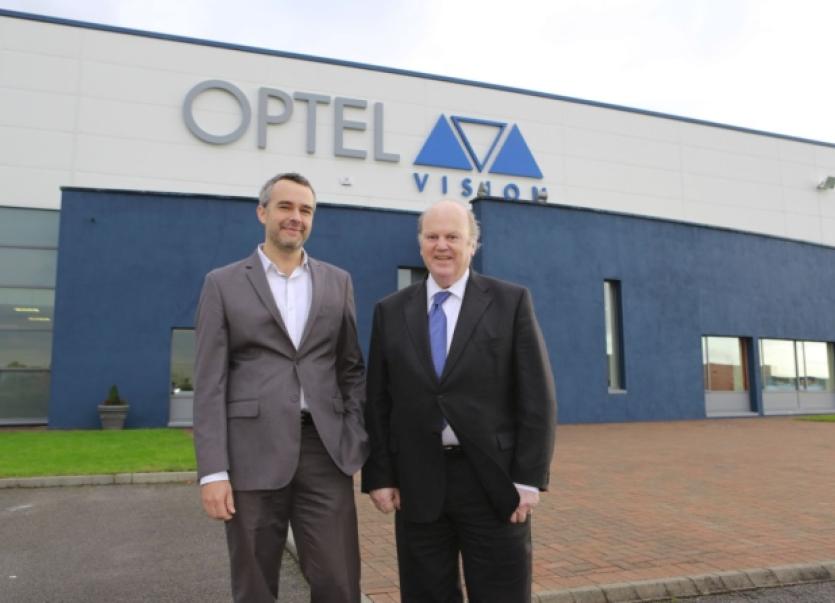 The newly opened Optel Vision has said it could significantly expand its employment possibilities in Limerick in the future.

The president of Optel Vision, Louis Roy, said there are currently plans to employ up to 140 people at the company’s operation in Raheen Business Park, but this figure could more than triple if there is market demand.

“Currently we have hired around 25 people, so that is the first wave, they are in intensive training and setting up the office,” he said.

“There should be a second wave around January or February, again about 30 and we should ramp up pretty fast to around 140.

“Depending on the market response, we are very positive that it could go up to 500 people,” said Mr Roy.

The president, speaking at the official launch of the company in Limerick last week, also said Ireland was not chosen as a location for the company because of its low corporation tax, but rather for its pool of skilled workers.

Last week the company’s new premises, located in the old ON Semiconductor building in Raheen, was officially open by Minister for Finance, Michael Noonan.

Mr Noonan said the company would be a great asset to Limerick and will be recruiting from local third-level institutes, with roles being created in engineering, design, assembly, testing, customer support, sales, HR and finance.

“We are delighted that Optel has opened here in Limerick of all the locations they could have picked, it is a compliment to the city and a great addition to the industrial base of Limerick,” he said.

“They employ mostly skilled people of an engineering background. They have about 25 here already recruited, mostly from LIT and UL. They will work up very quickly to 140 and depending on demand they could go well beyond that,” he added.

Mr Noonan added that in comparison to the jobs lost in Dell in 2009, in the same business park, the number of new positions created is small, but added that the employment sector in Limerick is expanding.

“If you go across the estate you will find that there is between 600 and 700 people working in construction in Regeneron and that is going to go to 1,000 by the time it finishes in 2016.

“There is a lot of good news about jobs in Limerick, but we are not complacent. We will drive on,” he added.