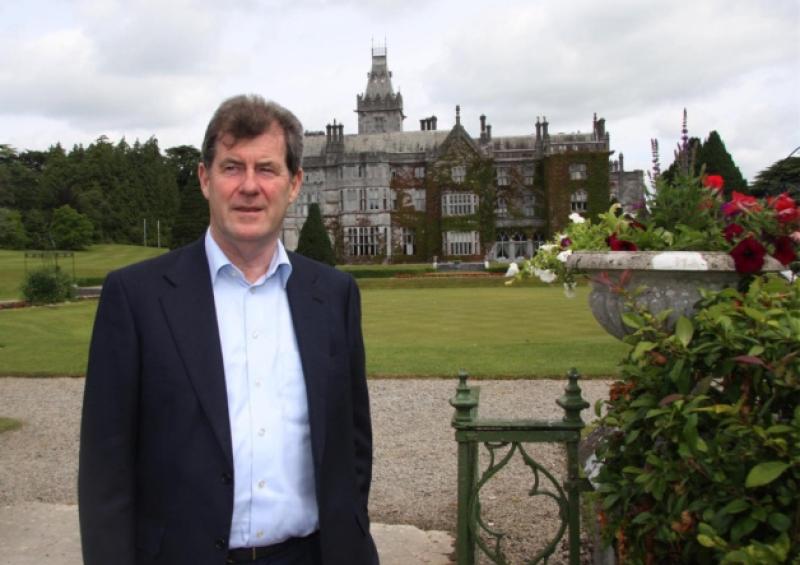 HIS magnificent mansion in Martinstown cost in excess of €20 million but that will be dwarfed shortly when JP McManus’s new holiday home is completed in Barbados.

HIS magnificent mansion in Martinstown cost in excess of €20 million but that will be dwarfed shortly when JP McManus’s new holiday home is completed in Barbados.

The county Limerick millionaire is spending a reported €150 million on what is being described as the “ultimate beach hideaway on one of the world’s most exclusive stretches of coastline”.

Friends of JP confirmed the story this week, which was billed as an exclusive in the Daily Mirror newspaper.

“JP has been going to Barbados for years and owns the Sandy Lane exclusive resort with Dermot Desmond, John Magnier and others. His new private holiday home is right next door,” said one.

“JP is great for having parties and his opening night in Barbados would certainly be one to be at,” said another.

The beachside mansion has two wings, north and south, on the island’s so-called Platinum Coast, where house prices average around £15 million.

There are 11 huge en-suite bedrooms for JP’s family, friends and very special VIP guests, according to the Mirror.

Local workers skilled in the use of coral – good for absorbing water and maintaining heat – have been used to “insulate” balconies, walls and balustrades.

It has been around 18 months in construction, but should be finished within weeks, thanks to round-the-clock shifts.

Workers queue up every morning at the gate on the coast road as tourists pass on the way to the golf courses and restaurants of nearby Holetown and Bridgetown.

One worker said: “There have been teams here from all around the globe. They needed people from India, Pakistan and Afghanistan.”