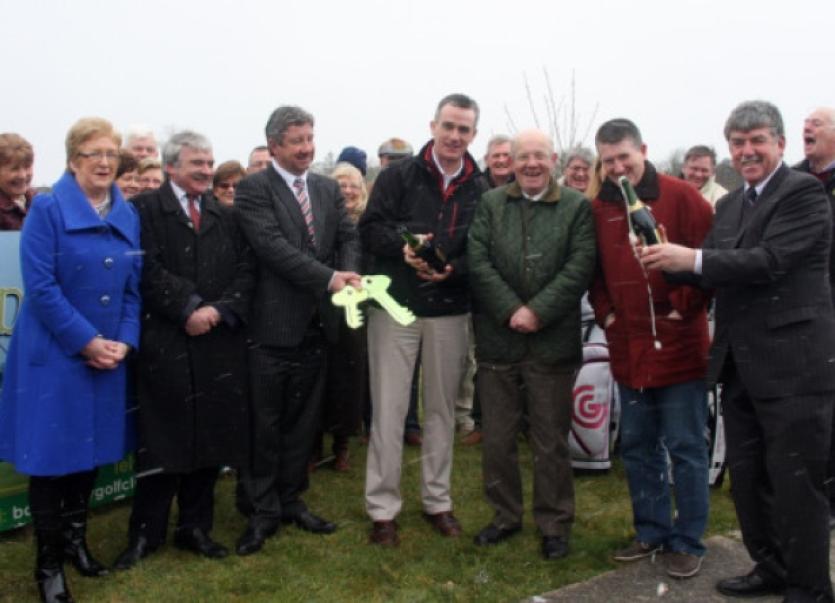 THERE was delight in Ballyneety this Monday that will reverberate around Limerick sporting circles as the process to reopen the defunct golf course in the community began in earnest.

THERE was delight in Ballyneety this Monday that will reverberate around Limerick sporting circles as the process to reopen the defunct golf course in the community began in earnest.

Liquidator of the former Limerick County Golf Club, Gearoid Costelloe - acting for AIB - was present to hand over the keys of the facility to the new owners, a group of former members, captains and presidents who are to reopen the course as a members’ club.

The course closed in early 2011 after the company behind it went into liquidation and both Liam Lawlor - a key driver of the campaign to purchase and re-open the club - and Mr Costelloe, of Grant Thornton, admitted it had been a “slow and tortuous journey” to reach this point.

450 members have already signed up to play in Ballyneety Golf Club, and the deal to purchase the 185 acre tract of land, worth in excess of €1m, was possible with the support of Quintas, a wealth fund management company in Cork.

“We are absolutely delighted because it was something we were very concerned about from the beginning and various plans to take it over fell through,” said Mr Lawlor.

“We thought for a while it wasn’t going to happen, but with the support of the community and former members who really everybody wanted it to work this was possible. We are thrilled,” he added, noting the support of TD Willie O’Dea and local councillors Brigid Teefy and Eddie Wade.

Mr Costelloe said it was “the right outcome and I am glad that the community are going to benefit from it and everybody involved.”

New captain Tim Smith said the handover marked “a new beginning” and said that while there were challenges ahead, “we will go forward with a very positive spirit”.

Donal McSweeney, PGA professional and former club pro in Ballyneety, who will run the driving range in the new course and has been instrumental to the success of the drive to re-open the club, explained the time line ahead for it.

“We are looking at a temporary golf course open early in April, with temporary greens and bunkers out of play - but we want to get the members back out on the golf course as quick as we can,” he said.

“The time frame then is by August to have the whole course open and operational.”