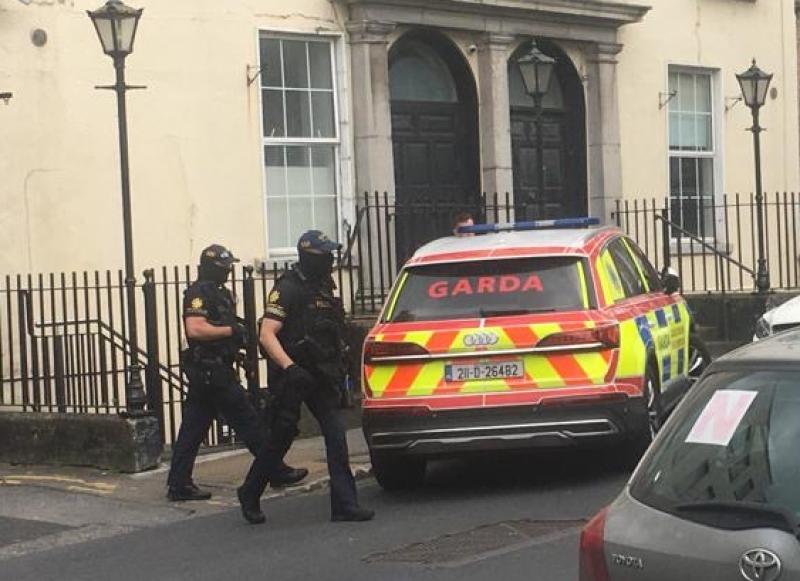 The scene of the raid on Glentworth Street, Limerick city

Members of the Armed Support Unit and gardai were seen shouldering the door of a building in Glentworth Street to gain entry. A number of onlookers stopped on the street to see what was happening.

A short time later a male in handcuffs was seen being escorted out of the property by gardai to a waiting patrol van. He was followed by armed gardai wearing bullet proof vests and guns holstered by their side.

In total, there were four garda vehicles and up to 10 officers.

"One man was detained under the Mental Health Act. No further information is available at this time," said the garda spokesperson.

One of those who saw the raid said: "They just swooped in, parked up and ran to the door. Put it this way - they didn't ring the doorbell. They weren't messing about. They had guns and all. It's not something you see every day."