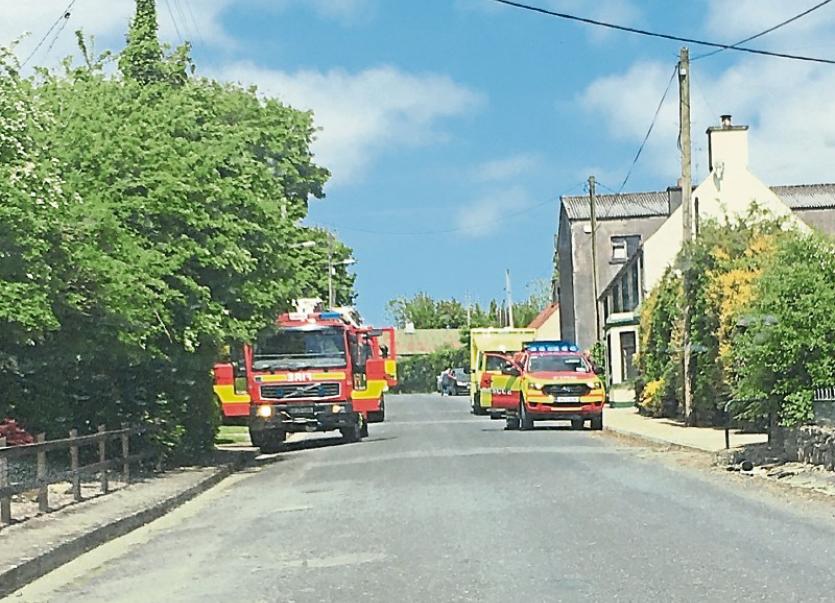 Emergency services at the scene of the house fire

A WOMAN has died following a house fire in County Limerick.

The alarm was raised shortly before 1pm this Wednesday after smoke and flames were seen coming from a cottage in Ballyorgan village.

The woman, whose aged in her 60s, was pronounced dead at the scene and her body was later removed to University Hospital Limerick where a post mortem is due to take place.

Two units of the Limerick Fire and Rescue from Kilmallock attended the scene for a number of hours as did paramedics from the National Ambulance service.

Gardai from the Bruff district also attended and enquiries are ongoing.

While the cottage where the fire broke out will be technically and forensically examined, the incident is being treated as a tragic accident.

The local coroner has been notified of the woman’s death.