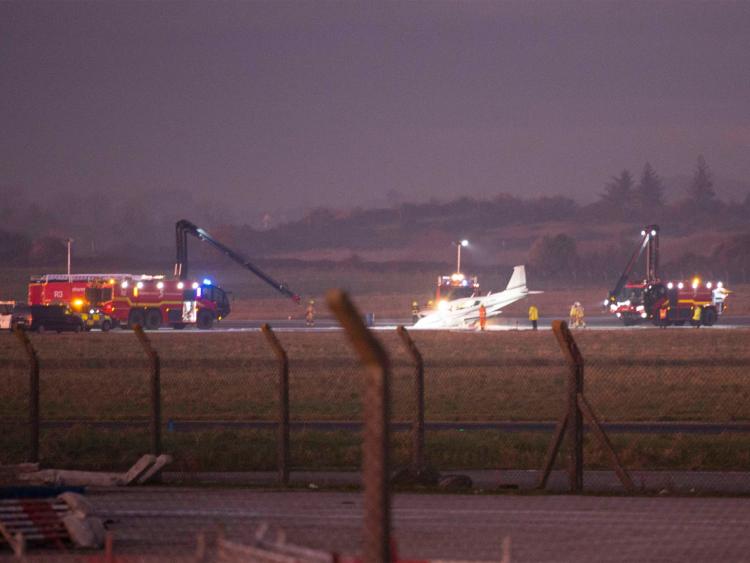 The runway at Shannon Airport was closed at around 4.30pm | PICTURE: Liam Burke

THERE is considerable disruption at Shannon Airport following the closure of the main runway due to what have been described as technical issues.

According to witnesses in the main terminal building a small plane is blocking the runway after its front nose wheel was damaged.

A number of units from the Shannon Airport Fire Service are believed to be at the scene.

The Shannon Airport Authority has confirmed a decision to close the runway was made around 4.30pm after a light aircraft experienced technical difficulties on landing on the airport runway.

The airport operations team are in the process of removing a light aircraft from the airport runway. An airport spokesperson says that, if successful, they expect to reopen the runway  as soon as possible.

An Aer Lingus flight from London Heathrow (EI385) which was due to land at Shannon at 4.50pm was diverted to Cork Airport as was Ryanair flight FR1173 from Wroclaw which was due at 5.25pm.

Intending passengers are being advised to check the Shannon Airport website and social media for updates.