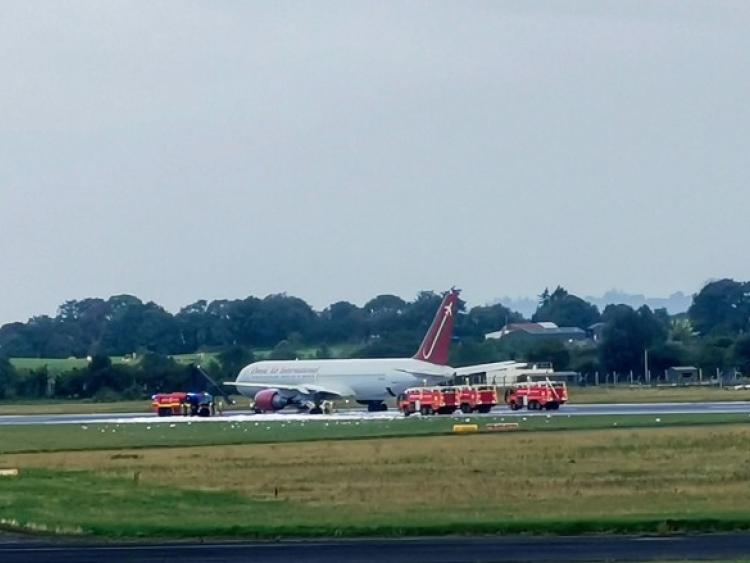 ALL FLIGHTS at Shannon Airport have been temporarily suspended after an aircraft carrying US military personnel caught fire this Thursday morning.

Early this morning on Twitter, Shannon Airport announced that the airport was closed.

An airport source said: "The airport had to be temporarily closed for safety reasons."

In a statement to the media, Shannon Group that the incident involved a Boeing 763 aircraft, operated by Omni Air International on the Shannon runway.

Emergency services remain at the scene, and all passengers and crew have "disembarked safely" and are currently in the terminal building.

Shannon Airport remains closed as the situation is ongoing.

Efforts are being made to remove the aircraft from the runway.

All outgoing & incoming passengers are advised to contact the airlines.

It is expected that the airport will open later today once the aircraft can be moved.

A spokesperson for Shannon Group stated:

"The airport operations team are currently working with the operator to remove the aircraft from the runway. Intending passengers are asked to contact their airline. Further updates will be available on the airport Twitter page."

An update is expected at around 9am.