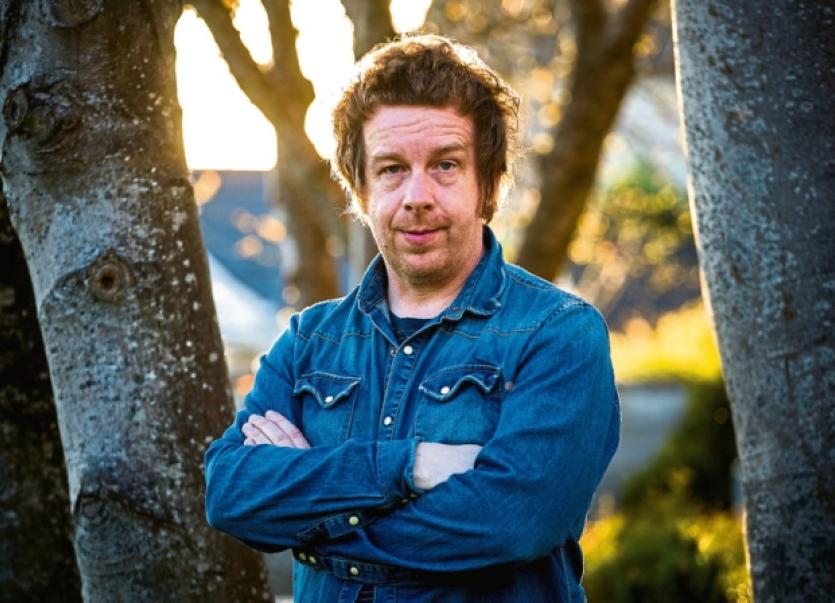 ONE of Limerick’s most acclaimed writers has briefly lifted his pen off the page to produce an anthology of the arts in Ireland, which is set to become an annual publication.

ONE of Limerick’s most acclaimed writers has briefly lifted his pen off the page to produce an anthology of the arts in Ireland, which is set to become an annual publication.

The 190-page compilation features a strong Limerick impetus – from Barry himself, as well as Limerick based photographer Matt Gidney, Michele Horrigan, founder and curator of the Askeaton Contemporary Arts, the award-winning writer Donal Ryan, who is based in the University of Limerick, and Paul Tarpey, a senior lecturer in the Limerick School of Art & Design, who has interviewed the Rubberbandits – or at least one half of the duo, Blindboy Boatclub, for this compilation.

Speaking to the Limerick Leader, Barry, who started out writing for the now defunct Limerick Tribune and is now riding high after wave and wave of literary success, said the book sales have gone very well over Christmas and the New Year.

“It was running out the door of the bookshops Christmas week, from what I gather. And I suppose this was the plan, really. It’s kind of intended as a nice present, maybe even one you’d buy for yourself. It’s a serious design and production, so it costs a bit to put together, but it looks like there’s a very decent audience out there for a book like this.”

Barry, from hails from Ballinacurra Gardens and now lives in Sligo, said one of the delights in putting together this book, though he credits his wife with most of the work, was “the amount of Limerick stuff I snaked into it”. He said there are “rakes” of other Limerick artists and writers he’d like to include in forthcoming compilations.

“We’re totally open-minded about it. We’re up for anything, really. The intention is to cover all of the arts, from music to books to film to comedy to whatever. I’m especially interested in what happens when different genres and forms collide with each other, and there seems to be a lot of this kind of cross-pollination going on now in the arts.

Tarpey writes in his own introduction to the interview that the ‘Bandits in post Celtic Tiger Ireland “have come to be seen as a critical expression of the city’s culture, ethos and mad energy at this juncture in its history”, or in simpler terms, an expression of ‘pure Limerick’. And Barry is no stranger to ‘pure Limerick’ turns of phrases himself.

His latest work Beatlebone, set in Mayo in 1978, imagines a trip taken by John Lennon to Dorinish Island, the desolate Clew Bay property he bought in 1967. It received rave reviews in the New York Times, and a headline in the Toronto Star described it as ‘one unforgettable ride’.

“I saw that headline in the Toronto Star and I thought first they were calling me “an unforgettable ride”. I thought ‘fair play, lads’. I’m working on a couple of plays at the moment before launching into the next novel.”

Among them is the successor to his other acclaimed work, City of Bohane, the Impac award winning novel which presents a dystopian vision of Ireland in 2053. Parallel Films, which has produced such films as Albert Nobbs, Intermission, and Breafkast on Pluto, bought the rights to City of Bohane with the intention of making a film and Barry wrote the script.

Instead, it is planning a television series. The second book should help to get the series made, as it would provide further material.

“I haven’t quite started the sequel but soon - ye can look out for white smoke from the papal balcony. The adaptation is still in that long development process, but we live in hope.”

Limerick intonations aside, Winter Pages features some 29 contributors including Belinda McKeon, Sara Baume, Paul Muldoon, and an interview with Tommy Tiernan by Barry himnself, though it’s more of a conversation, with both acting as the interviewee.

”Are you content to be writing your little f***ing stories?,” asks Tiernan, “Or have you you thought about jumping ship? Is that a possibility?”

”I think I’m jumping ship every morning when I go out into my shed at the back of the house in Sligo”, he replies.