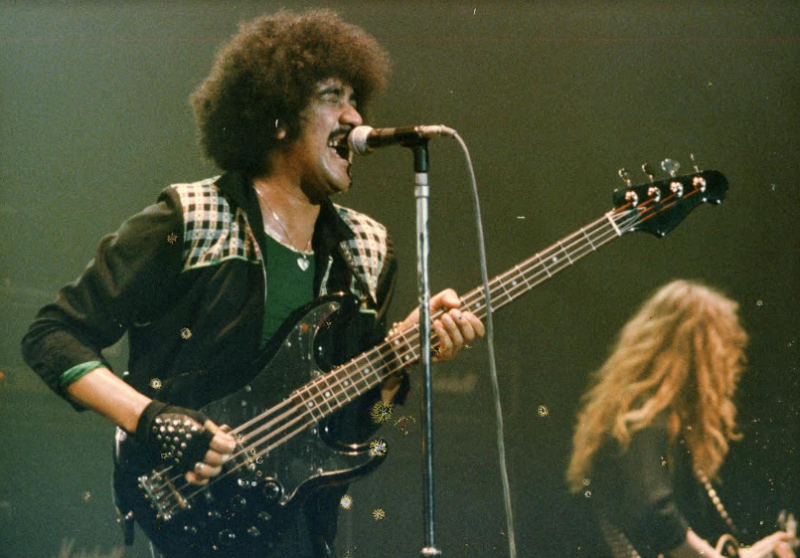 A book written by a British music historian on the legendary Irish rock band Thin Lizzy is set to be published this summer.

Published by Spenwood Books and compiled by historian Richard Houghton, 'Thin Lizzy - A People's History' brings together untold eyewitness accounts of the band in action from their Dublin roots to their 1983 break up.

Houghton, who has written over a dozen rock music histories including 'The Beatles' and 'Happy Mondays', said, "The Thin Lizzy story is one of myths, legends, romance, rock riffs and some of the greatest music to blast over the airwaves in the Seventies and Eighties.

"More than anything, the band famed for hits ‘Whiskey in the Jar’, ‘Jailbreak’, ‘The Boys are Back in Town’ and ‘Waiting for an Alibi’ are remembered for exhilarating live performances – the twin guitars, the explosive drumming, the dry ice, the police sirens and flash bombs, all orchestrated by their iconic lead singer and bass guitarist, Phil Lynott.

"Lizzy were the first rock band from Ireland to achieve international fame and Phil Lynott one of the most celebrated and most fondly remembered musicians in rock."

The book reportedly chronicles the band's full history, from line-up changes that saw Lizzy go through five guitarists, to the disappointment of failing to break America and Lynott's ill-fated attempt to continue his career post-Lizzy.

Houghton continued: "I’ve talked to people who saw Lizzy at the very start of their career in Ireland right through to the very end. Shining through the book is Lizzy’s rapport with their audiences, with tales of dressing room encounters with Phil, Brian Downey and Scott Gorham, who were determined to stay connected to their fanbase even at the height of fame.

"This is Lizzy, live and dangerous on stage and up close and personal from the fan’s perspective."