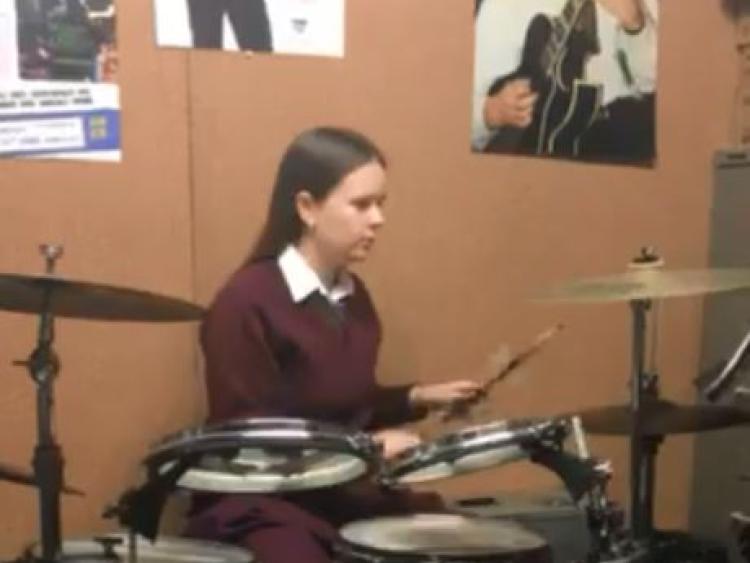 A YOUNG musician has been described as a "force to be reckoned with in the future" in an impressive video of her showing off her adept drumming skills.

In the video, posted this Wednesday, 18-year-old Laura Drennan is seen displaying a flurry of percussive techniques at the Peter Dee Academy of Music.

The school describes the young drummer as "one of the finest drummers" in Limerick city.

"Laura also is very proficient on Guitar and Piano and has also taken a keen interest in saxophone."

Laura is also one of the key members of one of Ireland's fast-emerging alternative rock groups, PowPig.

The zany four-piece all-female outfit recently just released two tracks via Out On A Limb records and Strange Brew, which has garnered positive reviews from critics.

The Drennan clan has a notably strong pedigree of musicians, as Laura's grandfather is the great Tommy Drennan, of Tommy Drennan & The Monarchs, one of Limerick's most successful showband acts.

"A force to be reckoned with in the future. Great playing Laura and an absolute pleasure to watch how you have progressed over the years," the school said on their Facebook page.