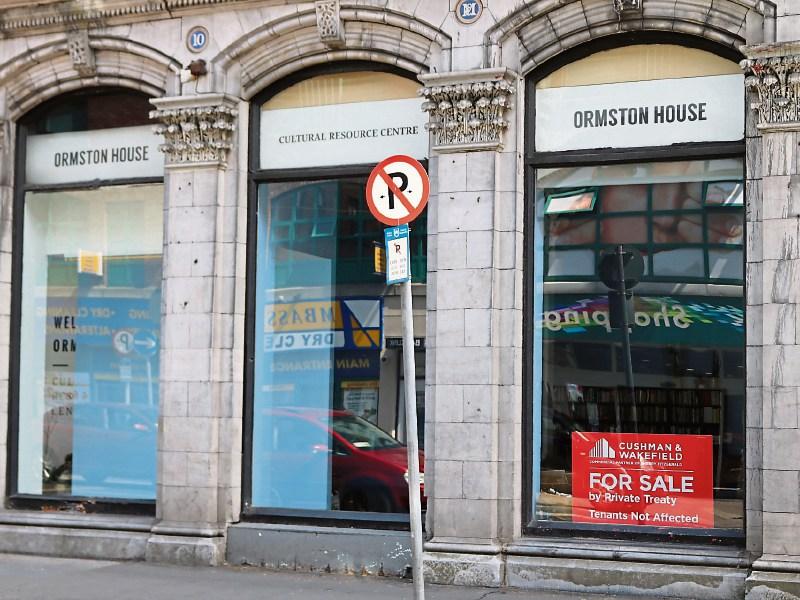 METROPOLITAN Mayor Daniel Butler has urged council management to consider buying Ormston House and save it for cultural and artistic groups in the city.

He made the call this Monday at a meeting of Limerick City and County Council.

“This is probably the most successful artistic venue in the city,” Cllr Butler told the Limerick Leader. The building , he continued, was used by a large number of cultural and artistic groups and individuals, and all on a voluntary basis.

I raised today publicly @limerickcouncil meeting the importance of @OrmstonHouse and need to save it. In response to a presentation on the Urban Regeneration Fund I proposed @OrmstonHouse to be included in our application as arts & culture are a key driver of real regeneration.

“I have asked the executive to explore the options for the building as a resource for the creative artistic community.”

He suggested that buying the ground floor only, and not including the apartments overhead, could be an option.

“There has been a huge protest online,” he pointed out.

Limerick and the rest of country would be lesser place without the incredible powerhouse that is @OrmstonHouse set up by the unstoppable Mary Conlon. @LimerickCouncil - this can't happen! https://t.co/4dG4f2vd88

We'd like to lend our voice of support for @OrmstonHouse as an incredible cultural resource for Limerick city. They housed a series of events for @RalahineCentre recently, and are a much needed home for cultural events in the cityhttps://t.co/jLSgURVSbq

Earlier this month, the board of directors at Ormston House said  it is now "operating on a precarious and uncertain basis" as the building is being sold on the open market, and they do not possess the funds to match the market price of the site.

In a statement issued to the Limerick Leader at the weekend, a spokesperson for Ormston House stated: "Ormston House has been placed for sale on the market. Ormston House Cultural Resource Centre has occupied the building for seven years but faces possible closure. Throughout that time, we have worked hard to become a truly accessible space for the whole Limerick City community. Ormston House is a unique cultural space, operating at street level and open to all forms of creative and community expression. We are proud of our work and grateful to our many supporters in Limerick and beyond,”

“We operate on a predominantly voluntary basis and do not possess the funds to match the market valuation placed on the building. The board of directors will review the circumstances in August with a decision whether or not to continue operating beyond the end of the current year to be made then. A public meeting will also be held to engage our supporters in the challenges it now faces."

However, there was no reaction from the council executive to Mayor Butler’s points at Monday’s meeting.