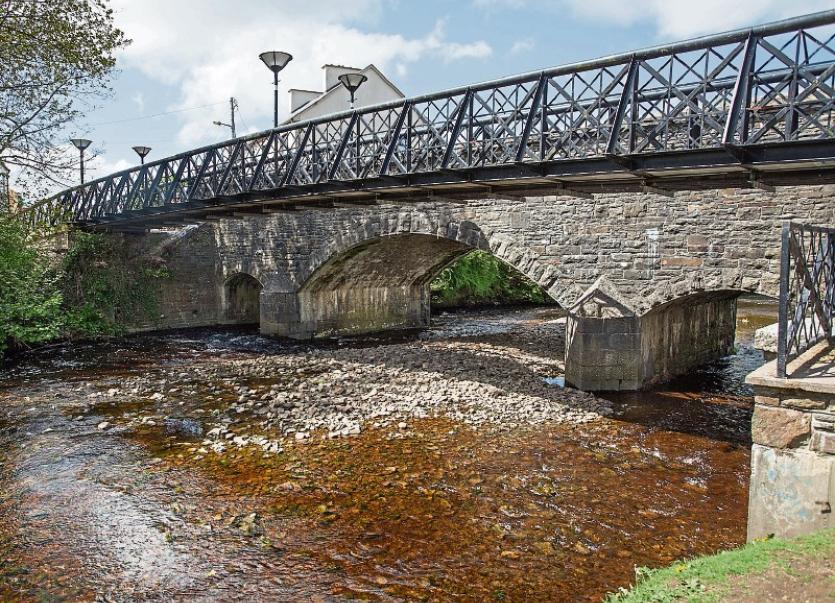 Silt and gravel building up again at the bridge in Athea

THE people of Athea are living in fear of another flood like the one that caused devastation in 2008, according to Fine Gael councillor Liam Galvin.

The OPW were only “brushing off” the council with their answers,  he declared and he asked that they be invited instead to meet local councillors to discuss a programme of works  “before there will be another Donegal”.

Residential properties, businesses and the school, all located near the river Galey, were in danger of being flooded, the councillor warned.

The solution, as he saw it, was to clean out under the bridge and along the bank.

“Under the bridge is starting to be clogged up again and it is becoming worse on a monthly basis,” Cllr Seamus Browne SF said. He warned again the all-weather pitch at the rear of the school was at risk of being taken by the river and what is required is rock-armour to be set along the bank, something which he made known to the OPW.  “I felt the OPW would understand the issue and I am disappointed they haven’t started the works yet already.”

“Nobody is taking responsibility. I think the problem here is nobody know how much it is going to cost,” Cllr Francis Foley FF said.

“The OPW have no notion in the world of doing it,” Cllr John Sheahan FG said.

“A bit of rock armour wouldn’t cost us a terrible lot. I think that is the way we should be approaching it. We are blue in the face from asking the OPW to do it.”

Cllr Sheahan added that just one farmer was now licenced to take gravel from the river, unlike in previous times when gravel was cleared out by farmers every summer. “We don’t need to re-invent the wheel,” he said.

“The Cashen is constantly being dredged,” Cllr Jerome Scanlan said. But it stops at the county border.

The OPW has submitted its final flood risk plan, area engineer Padraig Vallely told the councillors and will come back to the council in due time.