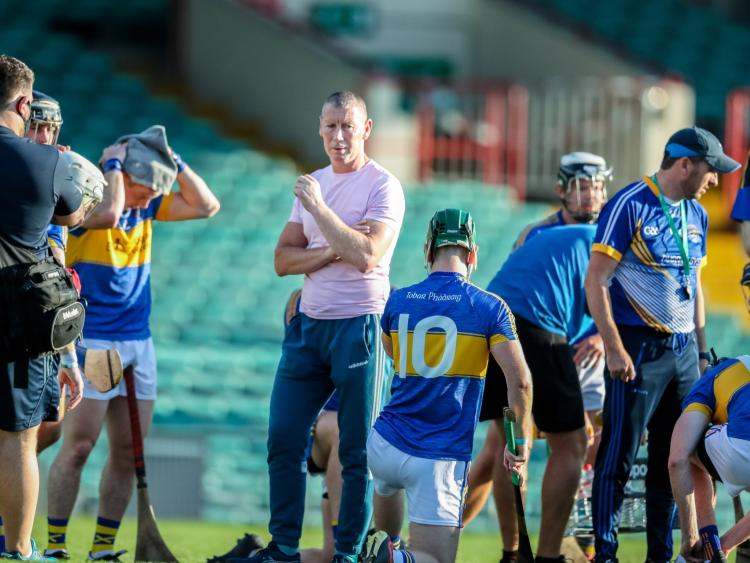 PATRICKSWELL senior hurling manager Ciaran Carey indicated that their hugely influential Limerick forward Aaron Gillane is set to have an operation on an injured finger this coming week.

Gillane scored a crucial late goal for county champions the 'Well as they battled back to secure a 2-15 to 0-21 draw with Doon in their Bons Secours Hospital Limerick senior hurling championship fixture at the Gaelic Grounds on Saturday night.

The result ensured Patrickswell advanced directly to the county semi-finals as group winners, while Doon progress to the quarter-finals.

Aaron Gillane played the game with a protective glove on his left hand.

When asked about the nature of Gillane's injury following the game, Patrickswell manager Carey said: "To be fair the last two seasons he (Aaron Gillane) is after a tough old run. It was the jaw last year, it was the ankle earlier on and it his left finger, the nearest one to his small finger.

"I think he could be going for an operation in the middle of this week. That was already planned last week.

"To be fair to him Aaron showed his true worth in the last two games and finished like a train again, so he is a good kid."

Asked if he felt Gillane would be back in time for the 'Well's county semi-final next month, Carey added: "Listen, I don't want to put the cart before the horse, that is a million miles away. It's hard to know.

"It depends what type of an operation he is having. It's the top of his finger, there is a fracture there, that is fine, it will mend itself.

"There is a tendon problem, so I suppose really there are two different operations that could happen and if it is the lesser of the two, we will be hoping, but at the end of the day that is what the squad is there for."