THE CEO of the Limerick-based Irish Chamber Orchestra says everyone is "thrilled" to have performed before a live audience as part of a government-backed pilot event.

Before this week's event, the Orchestra had not played live since a short lunchtime concert at the National Concert Hall in Dublin last December.

Gerard Keenan said it was fantastic to "share the sheer joy of some fabulous tango music" with those who attended the event at University Concert Hall.

"We know our punters were keen to come and support us today and they certainly did.  It was a sell-out.  The roar of the crowd, the standing ovation before a note was played was phenomenal. We have really missed that type of engagement,” he said.

The orchestra, which consists of up to 19 musicians, appeared with accordionist Dermot Dunne, directed by Katherine Hunka, for an afternoon of tango music in front of an audience of 290 people who wore masks and observed social distance.

Standing ovation as the @ICOrchestra take to the stage this afternoon! pic.twitter.com/l5bdp6mipz

Mr Dunne also performed a seldom heard concerto by Molique, in addition to a number of compositions by Piazzolla.

ICO leader Katherine Hunka says she was blown away by the experience. “We played to a smaller audience in Kilkenny last August but this afternoon was something really special”.

ICO Communications Manager Charlotte Eglington added: “ICO audiences are the heartbeat of our orchestra, their reaction is always key and they were on form, so warm, receptive and engaging today –  the experience was both heartening and emotional”.

Standing ovation as the @ICOrchestra take to the stage this afternoon! pic.twitter.com/l5bdp6mipz

The audience swooned to Adios Nonino, perhaps Piazzolla’s best known work, composed on the death of his father.

Milonga del Angel, the most lyrical of his works was followed by a superb encore Por Una Cabeza from the movie, Scent of a Woman. 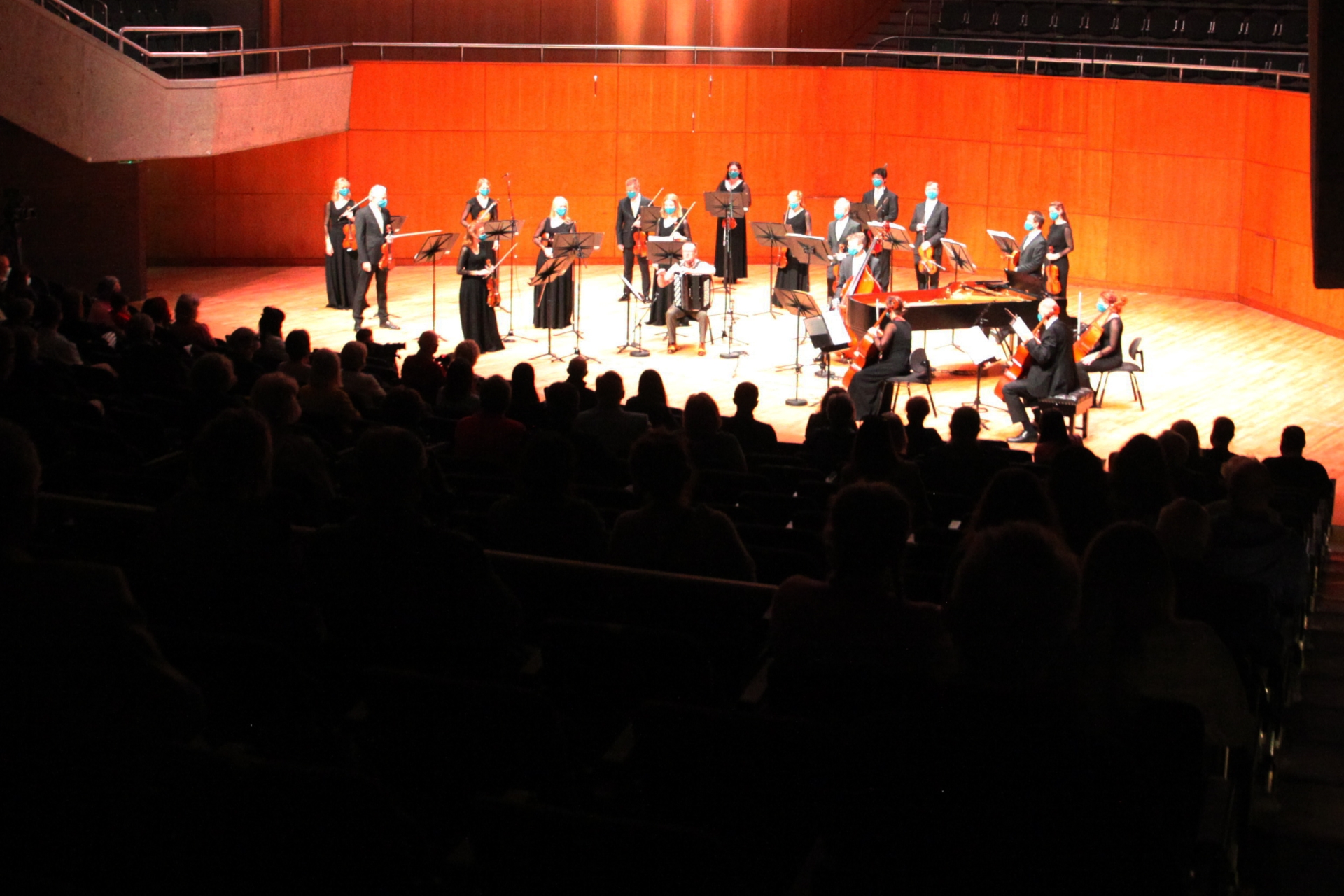 Member of the audience also whooped and cheered, delighted to experience the sheer vibrancy of the Irish Chamber Orchestra live once again in Limerick city.

Sinead Hope, Director of University Concert Hall said they were delighted to be open again and to have been asked to take part in the pilot scheme.