A CRUCIAL medical device has been installed in a community to remember a firefighter who risked life and limb saving other people.

Des Fitzgerald, pictured, who lived in Bengal Terrace, died in April last year, and was recalled as someone who really loved his job with the Limerick Fire and Rescue Service. 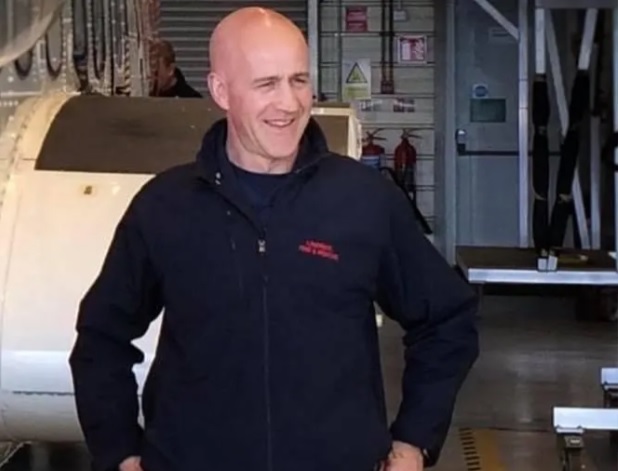 Remembered by those who loved him as being full of energy and life, Des would often drop into the Mulgrave Street fire station to check to see if those on duty were busy with calls.

For him, his job was a way of life, and of preserving life, and he rescued a number of people, whether in-or-out of the fire service’s uniform, receiving bravery medals for his actions.

In the wake of his passing, metropolitan district leader Cllr Catherine Slattery set up a GoFundMe page in a bid to provide a defibrillator for the Old Cork Road community.

This week, she invited the Fitzgerald family to her home in the estate, where the device has been erected, to view it.

All aboard: Councillors briefed on plans to reinstate train services to Limerick village

"The obvious choice was to dedicate it to Des. He was a much loved person, a very jolly happy person and we just thought, when we decided to do the GoFundMe for the community, with Des being part of our community, that we would honour him with him,” she said.

I'm at the Old Cork Road, where metropolitan district leader @SlatteryCllr unveiled a defibrillator which her community raised money for in memory of hero firefighter Des Fitzgerald. Here are his family seeing it for the first time ⬇️ pic.twitter.com/qAeBVkB0sF

More than €2,000 was raised, and the plaque – which describes Des as “a true hero” was sponsored by Rita Fenton of Rita’s Flowers, while there were also donations from Rathbane Golf Club, and the Amber Garage.

Since the defibrillator was put up last week, Cllr Slattery revealed that three people had already made contact with regard to using it.

Des’s wife Elaine said her husband would be looking down with pride.

"It’s just really nice. Des would have been really proud of it. He was very involved in training and things like this, and the first responders course which he really enjoyed. He’d always be telling us about the training and giving us tips to help out if someone was in trouble.”

Mum Hazel added: “I don’t think he’d believe he’d be being honoured in this way.”