A BEAUTY spot in County Limerick has been blighted by numerous incidents of illegal dumping in recent months, sparking one local councillor to describe what’s happening as an epidemic.

Over a short 3km drive from the main N21 towards Rooskagh East, between Newcastle West and Abbeyfeale, the Leader was greeted with every kind of rubbish you can imagine.

While driving, this reporter witnessed bags of household rubbish  dotted on ditches every few hundreds yards despite the presence of dozens of signs warning people of the penalties for illegal dumping.

“This is Rooskagh, a beautiful scenic spot. This is one of the most beautiful parts of Limerick county – lets’ be clear about that,” said Cllr Liam Galvin as he pointed to several large bags of rubbish which had been thrown into a ditch.

“I could bring you to hundreds of locations throughout County Limerick where I could show you the same and it’s becoming an epidemic and what I am asking for is for the local authority and members of An Garda Siochana to come together and to work together and if that means changing the legislation around hidden cameras then lets have it.” 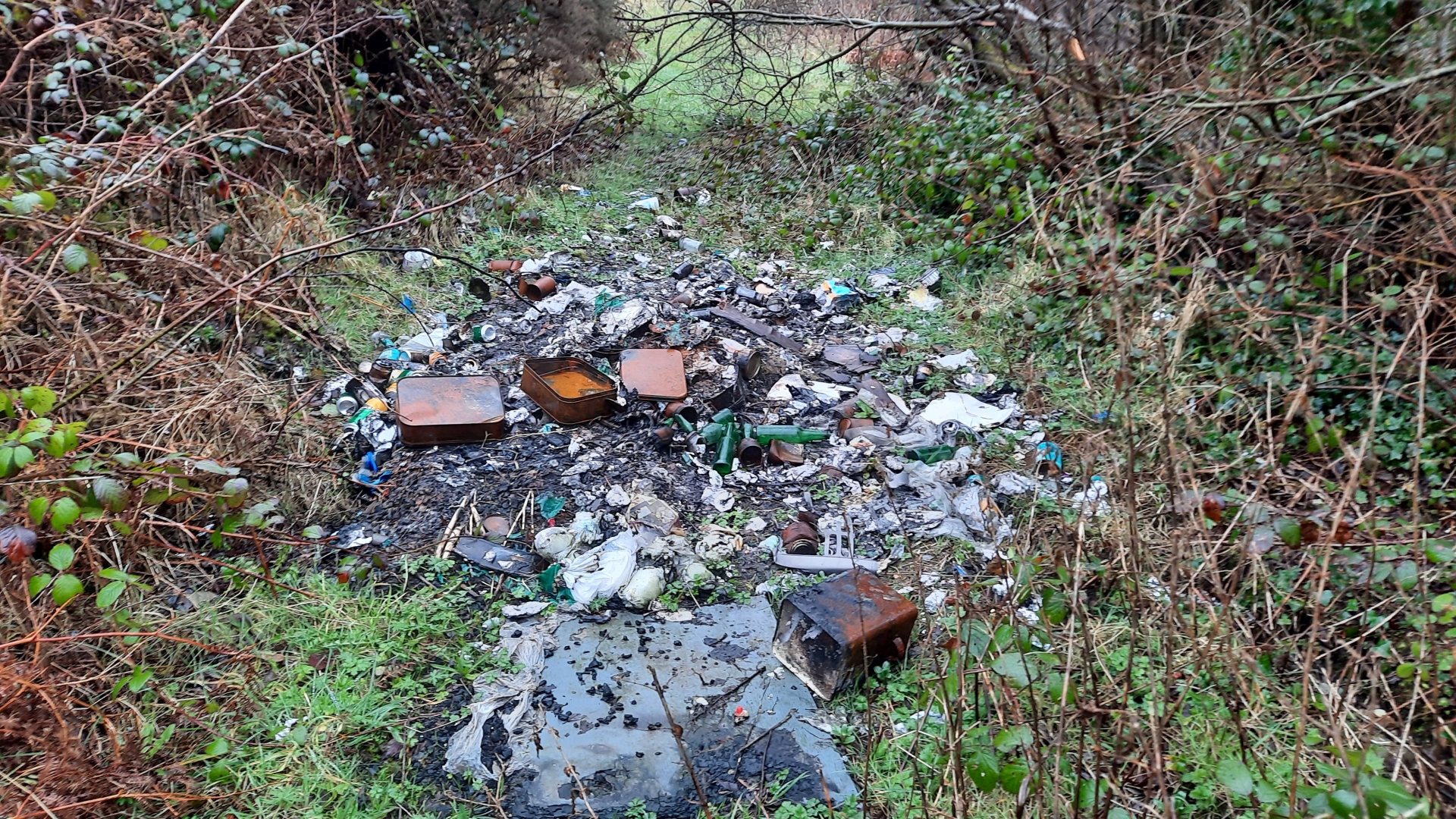 While walking along a boreen that would barely accommodate a car, Cllr Galvin and two local women highlight more serious incidents of dumping which are not visible from the road.

Leather couches, construction material, baths, an ash vacuum cleaner and what appears to be animal bones were among the items which had been dumped – with some effort.

Further along, green fencing has been erected at a bridge where motorists had been stopping to throw rubbish down the ravine from their cars.

“It is sad to see and the reality is there are people who don’t care and I do believe the penalty for illegal dumping should be increased as a deterrent,” said Cllr Galvin.

“I’m elected since 2004 and this is going on since 2004 but it’s coming to a stage where it’s at crisis point and, you know, whether we are choosing to ignore it or not put in the necessary resources I do believe that the chief executive and the chief superintendent need to sit down and ask ‘what do we need to do?’ he added. 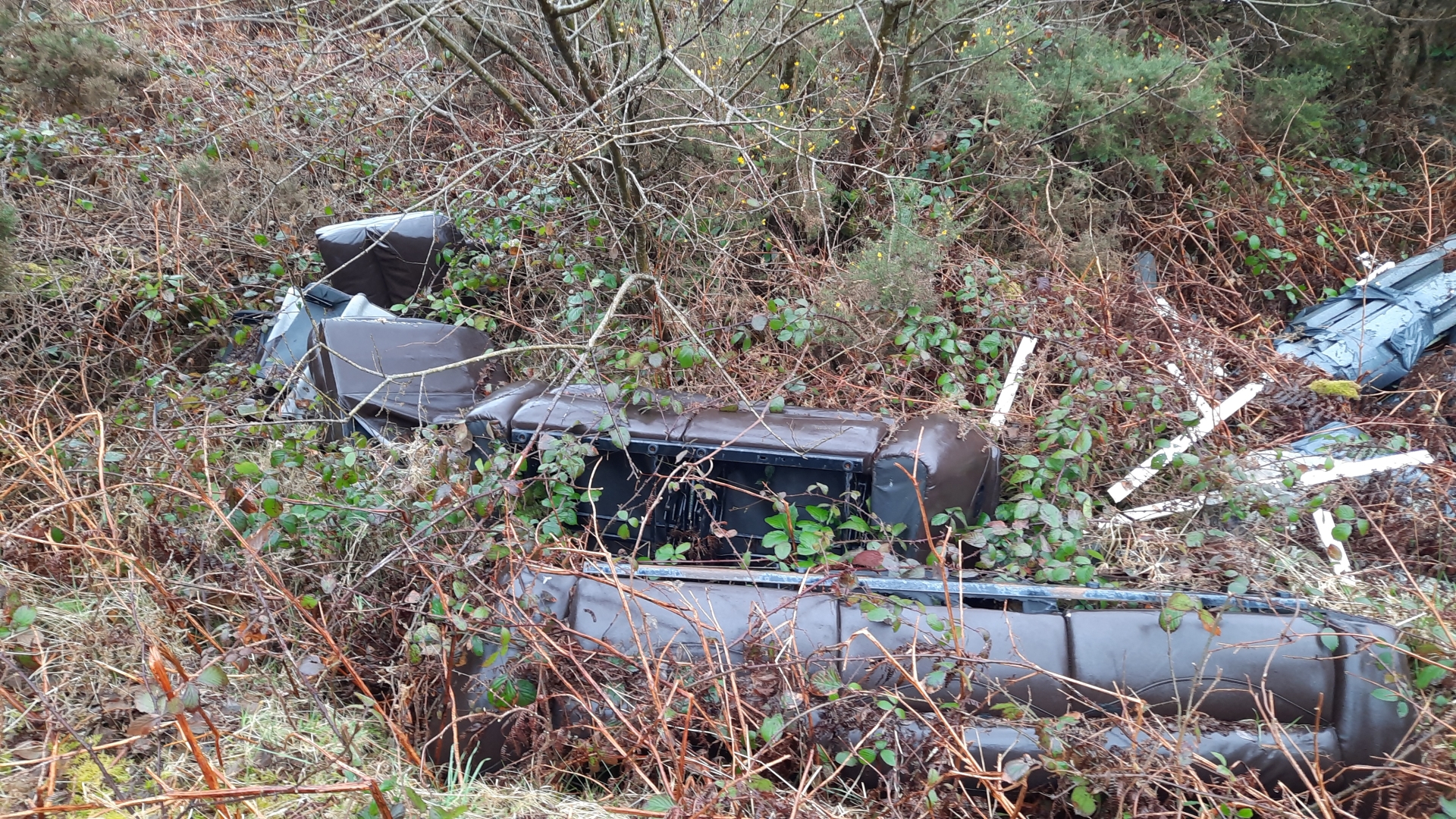 While the Fine Gael politician is calling for a greater use of CCTV cameras, he says education is also key.

“It goes back to education, we need to educate the young people at school level and parents needs to lead by example – you don’t throw sweep wrappers out the window of the car, you put it into a small rubbish bag inside the car and you bring it home and you dispose of it properly”.