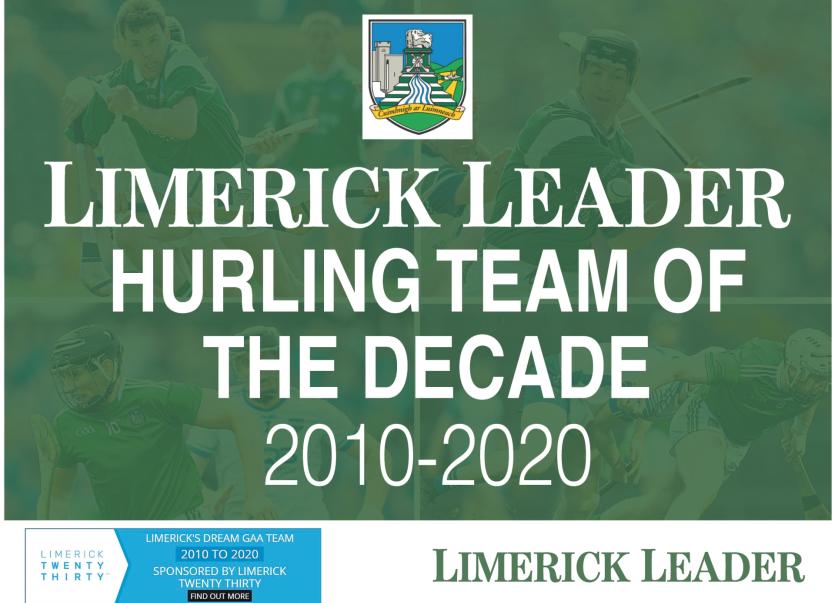 The Limerick Leader team of the decade, 2010-2020, already has a goalkeeper on the team sheet with Nickie Quaid no surprise between the sticks. The next decision is who will be the two men to stand in 'lár na pairc' or  midfield to me and you.

Below are the men who have been nominated to fill the 8 and 9 jerseys on our team. You have one vote, so use it wisely. Who do you think has been the best player for Limerick in this line, between 2010 and 2020. Remember, you can only pick one and the top two overall will make the team.