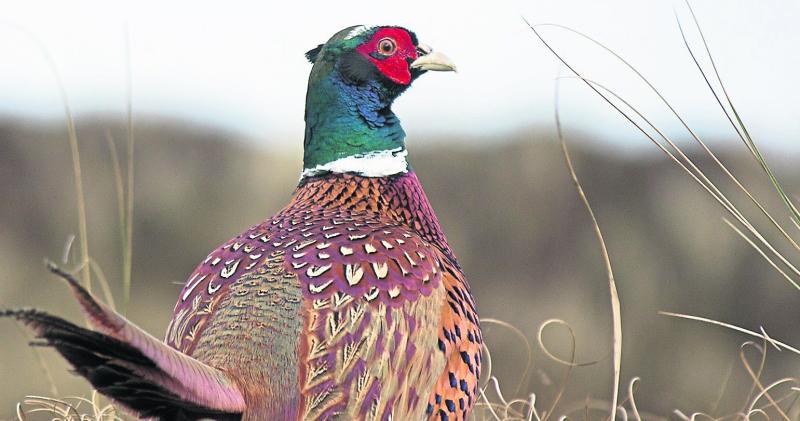 Iwas clearing out the red cabbage bed as some of them had gone mouldy in the damp autumn air. I prefer the red over the green and find it has a deep flavour and makes delicious coleslaw but it can ‘go off’ very quickly.
None of this food was wasted as it all became food for the hens. In a time when food waste has reached record levels the hens are the best recyclers for dealing with leftover food and vegetables. They know the sight and sound of the wheelbarrow and even before I round the corner they are waiting eagerly by the fence.
In return the hens produce delicious eggs that feed my family. A generation ago in Ireland everyone kept a few hens or pigs for food and occasionally meat and these animals were called the poor man’s pension.
As I gathered up one of the cabbages a caterpillar dropped out onto the ground. I had to be quick or the hens would have gobbled it up. I picked it up in my hand and it remained curled up.
It was not one of the cabbage white butterflies but definitely belonged to a moth like candidate.
I checked a few more cabbages by carefully peeling back the leaves. Soon I had several different species in a few bug containers. The hens were greedily eyeing my catch but these ones were going home with me.
When I got the chance later on to look through my moth back the caterpillars were frustratingly hard to match to any specie of moth.
Nature sometimes likes to hold on to its mysteries but I have sent off good quality photos to several friends and hopefully they will come back with an answer.
While the weather might seem like a hindrance to winter moths this is a sensible time to be completing your life cycle from the moth’s point of view. Their main predators, bats, are gone into hibernation and won’t be seen again till at least March. This unexpected encounter gave me an idea around how to create another habitat for moths and their lava.
Next year I will grow a small bed of cabbages, not for eating but to leave as a hibernation spot for caterpillars. These will be brilliant insect hotels and will cost next to nothing to create.
As I moved along the rows my heart jumped as two large female pheasant flew up from between the rows. They flew low and straight and only gained a little height and just cleared the top of the hedgerow.
Despite their big size they had remained completely hidden till I was nearly on top of them. The brown plumage of the females is excellent camouflage and blends in with the dull autumn colours.
The males are brightly coloured with a bottle green head, long barred tail and equally long legs. The distinctive white collar is only found on the males but this is slightly complicated.
Pheasants were first introduced to England around the 16th century by the Normans. They were brought to Ireland but two separate races were introduced.
One is from Asia but the species for China has become dominant. The more dominant pheasant species has the white collar around its neck.
Pheasants are insects and seed eaters and they find plenty of these in a field full of vegetables. They also help to reduce the weed and pest populations by eating them.
Their song is a long throaty indignant alarm call that continues as the pheasant rapidly flies away from you. During the summer mating season the males I often hear the males calling and this is a more condensed call.
Encountering nature close up from the big pheasant to the small caterpillar add to the excitement and enjoyment of been out and about on a cold winters day.