Wild About Wildlife: Getting active in the environment 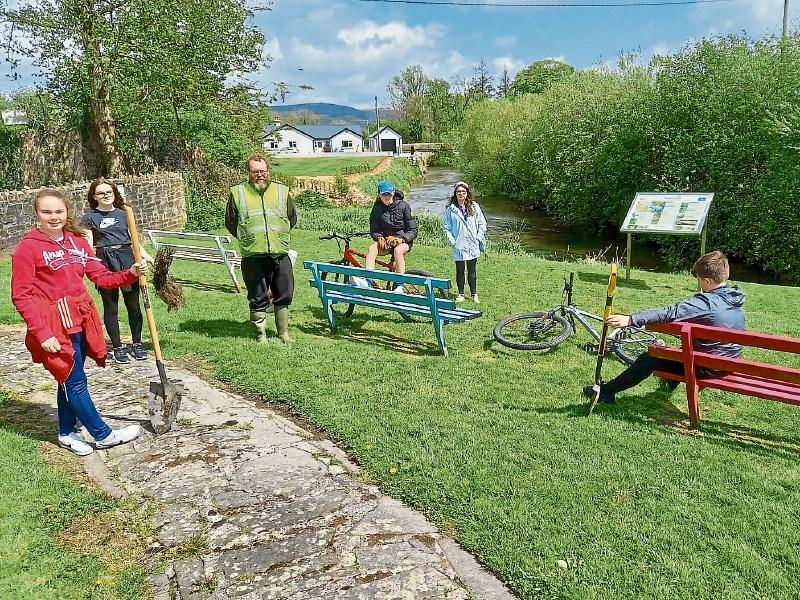 THE East Limerick climate youth action group were back in action and for once the rain was staying away. We started off in Castleconnell in the old Shannon house building that has now been refurnished into a state of the art offices, with lots of meeting spaces for groups.

There is a beautiful large garden at the back, with a glasshouse and the group will be working here with the support of Castleconnell Tidy Towns. I joined Paul Broderick, East Limerick Youth worker and Emer a volunteer.

Today we were planting and sowing in three large raised planters by the glasshouse. These are the perfect height and saves the back from constantly having to bend down. The group first cleaned out the planters, but we left a common fumitory that was in flower. Its dark pink flowers provide pollen and nectar for pollinators.

Next we planted in lettuce, parsley, leaf beet, carrot, spring onion, borage and marigolds. It is amazing how little space you need to grow a good variety of vegetables and flowers. This mini gardening is an important skill as the amount of available land for growing is decreasing with each generation.

We also met the hard working ladies from Castleconnell Tidy towns. They were bringing in trays of flowers to the glasshouse and these will be planted around the community in the coming weeks.

Our next stop was in Cappamore Park. Here the young people took the lead and they showed us a field along by the river that was good for butterflies. We divided up into groups with nets and trays and there was a fun competition to see who could catch the first insects.

Soon we had a daddy long legs or as the kids called it a dragon fly. We also caught lots of spiders and flies and these are a great source of food for birds and bats. The star catch was a green veined white butterfly. The group practiced transferring the butterfly from the net into the bug container.

Using a guide they were able to identify this common grassland butterfly. There were plenty of flowers but we saw no bees and they have been scarce so far this year. I think it is so important for our next generation of environmental leaders to be aware of insects and that they are not as common as they used to be.

Back at the park I donned the wellingtons and we did a kick sample. There had been very heavy rain but the sample was good. There was lots of fish, mayfly and a stonefly to indicate a good water quality. This tallies with our previous kick sample.

At Caherconlish the group was joined by Michael Collins from the tidy towns. We did a few kick samples and there were lots of fresh water shrimp. While this is only a snap shot the water quality is only coming across as average.

We took a walk up along the river and there was loads of insects. Swallows swooped low to snatch up insects and this would also be an excellent feeding station for bats. We discussed links for projects and a litter pick up is been planned. Also a wildlife sign on the fence of the playground that would help raise awareness of the River Groody and its natural inhabitants.

Thanks to Paul and Emer and all the young people for giving up their Saturday morning to help the environment. Also thanks to the local tidy towns groups for all their support.