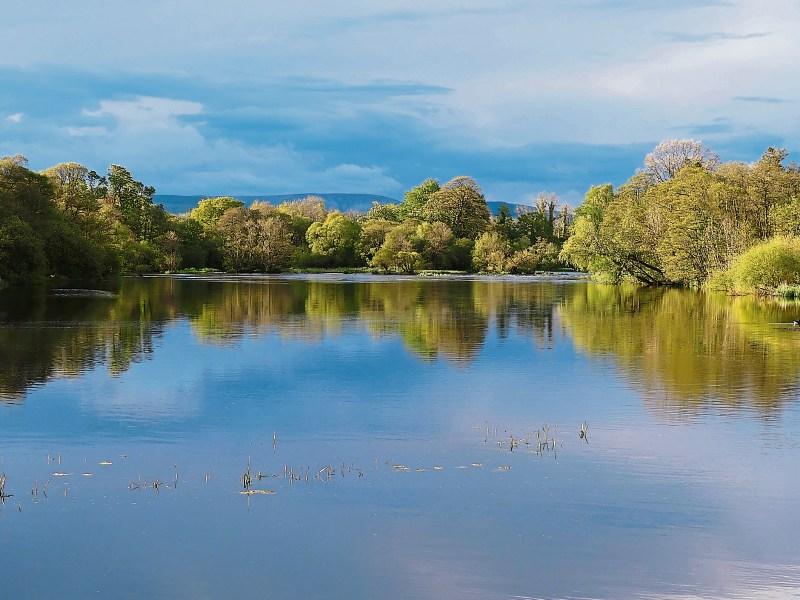 THE young leaders of East Limerick Environmental Action Group have been very active in their communities and busy planting trees and learning about the insect life found in their local rivers.

After a night of heavy the rain the sun came out as we arrived in Castleconnell. The ferry carpark was busy as people got their walk in along by the beautiful banks of the River Shannon. I joined Paul Broderick who is a youth worker with East Limerick Youth Service, Emer a volunteer, youth climate leader and John Hardiman from Castleconnell tidy towns.

John had gotten permission from the owners to plant trees along by a stream and this type of community co-operation is needed to protect and enhance the natural world. We headed down into natures jungle and tall trees towered above our heads. Pyracantha, yew and sycamore were jostling for the light and bluebells were growing in a forgotten corner. A magpies harsh alarm calls echoed through the trees.

We planted oak, alder, hazel and blackthorn and all of these species will provide food and shelter for birds. In years to come John will be able to show the trees he planted in Castleconnell. On the way out we found the resting spot of a fox and John said there are a few in and around the village.

Our next stop was in Cappamore Park that is situated beside the Mulcair River. The tidy towns have kindly given us permission to plant up a little biodiversity area. We hopped the wall into a little piece of heaven. Red campion and ox eyed daisy were in flower and we saw a small tortoiseshell butterfly. The group planted a new line of hawthorn trees and these will provide berries and nesting spots for birds. By the time they are finished secondary school the trees will be a few meters tall.

Down by the river a pied wagtail was catching flies for its hungry chicks. At first glance the river did not look to appealing and as one person commented “had nothing by glass in it”. We got the nets and trays and sampled the insect life. This turned out to be one of the best I have ever seen.

Each sample revealed new creatures. Stoneflies nymphs with two tails and only found in the highest quality water. Mayfly nymphs with three tails and the fisher man’s friend. Both of these creatures spend up to two years living in the water before emerging as adults. We also caught a cased caddis fly, fresh water limpet and some freshwater shrimp. This is a diverse water community and I think the young leaders were surprised about the amount life hidden in the river.

Our last stop was Caherconlish were local man Martin Duhig join us. Martin works as a youth worker for the Limerick and Clare ETB. The tidy towns committee had given us permission to plant trees along by the Groody. We headed around the back of the old library to the banks of the Groody. Here we planted the last of the hawthorn trees before going back to the millennium centre to do some kick sampling in the Groody.

There is a lovely walkway along by the river and it is easily accessible. We caught a different community of insects here. The young people caught some cased cadis fly and a Mayfly that lives in average quality water. Also there was worms, leech and lots of freshwater shrimp and there is lots of room for improvement here. This is only a snap shot and later I was told by tidy towns committee member Michael Collins that a proper survey is taking place along the Groody.

Thanks to Emer who helped throughout the day and all of the tidy towns groups who encouraged and facilitated the planting. Also to the young people who on their day off got up early to help their environment.