Wild About Wildlife: Lazy May days in the garden 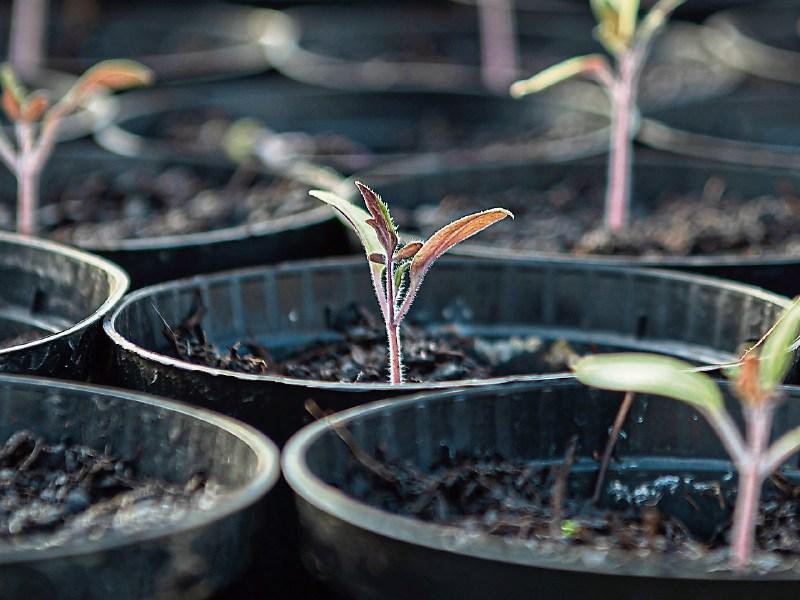 Not quite summer yet: Watch out for frosty nights especially for young tomatoes

THE start of May has been really cold and a sharp frost has greeted us each morning as we rush out the door for school. It is only a surface frost and by 10am all traces have usually disappeared except from the shadiest corners of the garden.

This year we are been very careful with our potatoes. The ones in the ground were earthed up as soon as the leaves appeared and the potatoes in buckets moved into a shed. These were also covered with a layer of newspaper for added protection.

I also sowed a few potatoes with the neighbour’s kids. They are like steps on a stairs and their dad has a busy time. I know their school well and they have a fine polytunnel where they grow lots of vegetables and flowers.

I used an old bucket with a few holes in it and they each got to plant a potatoes. I left the potatoes just outside the fence so they can pop across anytime and have a peek to see how they are growing.

Even though the tomatoes are in the polytunnel they still needed to be covered or they would have be damaged by the frost. A friend of mine reminded me of this just as the sun was setting and I settling down to a glass of wine. The wine had to wait as we headed to the tunnel to protect our precious crops.

The first of the peas were ready to be planted and this is one of my favourite gardening jobs. I made a wigwam of poles out of long lengths of willow and covered this in old gardening netting. This will hopefully give the peas plenty of support when they start to grow.

We have been sorting and planting the wildflowers we gathered last year on our walks. Some of the seeds take a little bit of time to sort. The vetch had to be removed for their pods but this is a job for a quiet moment in the garden.

I sowed the vetch into old compost and egg cartoons and when they are big enough I will plant out around the garden for bumblebees.

While the vetch seeds are quite large foxglove and poppy are like dust. We scattered these into well prepared patches of the garden and also in pots. I gentle pressed the seeds onto the surface of the soil and there is no need to cover them.

Bird activity had been increasing every day and especially nest building. We were out the front rearranging a few pots of flowers when we spotted a woodpigeon across the road. He was plodding along the neighbour’s driveway that has a trees along its sides.

When flying woodpigeons are strong and fast but on the ground they are plump and ponderous. We watched as he picked up a stick than discarded it. He repeated this action several times and once balanced the stick in his beak. We thought he was going to take it back to his nest but he throw this one away also. He eventually disappeared up the driveway and when we next saw him, half an hour later he was still searching for that elusive stick.

We could not figure out why he was going to so much effort as pigeons nests across the entire family are a very ramshackle affair. The nests are so flimsy it is amazing that they can take the weight of the pigeon and her chicks.

Pigeons are unique among birds as they feed their squabs or chicks on a diet of milk. This is high in protein and the squab grows quickly. In the morning the heavily pregnant female comes down to the vegetable patch and she helps herself to some delicious greens.

Summer is advancing slowly this year and I can still clearly see the woodpigeons growing nest in a tree in the garden. Many trees that by now are coated in leaves only have their buds opening.

Summer is a time where there is hardly time to draw breath in the garden and the natural world.