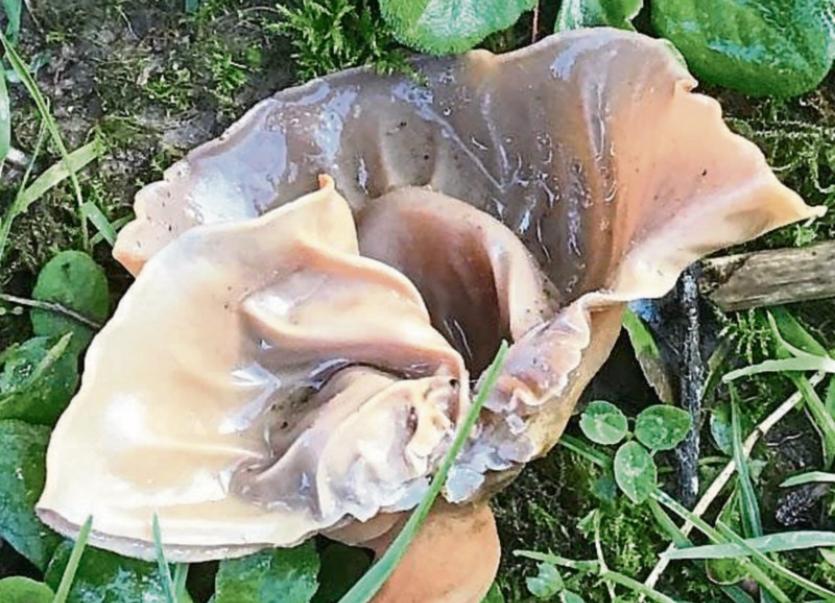 THE day was dry but cold as I pulled into the car park of Monaleen National School. On this day a few weeks ago I was working with fifth class and doing a habitat survey to complete their two year journey towards their biodiversity green flag.

Awareness around nature, how to encourage wildlife and the modern day threats has been spread through the entire school and wider community. On this day we were looking forward to discovering what creatures had made their home in Monaleen School.

With the help of the enthusiastic students and their class teacher we survey the entire school and recorded any birds, flowers and insects.

We started off with the native hedgerow. Rooks were busy breaking of branches from the trees and these will be used in their bulky nests.

We also heard a robin and great tit singing and saw a male blackbird searching for worms on the lawn.

A wildflower edge has also been developed by leaving the grass uncut. This was full of wildflowers like nettles. Areas like this are very important as caterpillars of our native butterflies feed on the leaves of nettles.

Next we examined the trees growing alongside the entrance road. The most interesting find was an ear fungus. It looks like a slimy human ear and these important decomposers break down branches and return the nutrients to the soil.

The bark of the alder tree was covered in moss and lichens. Leafy lichens are an indication of clean air as they cannot survive in polluted air.

Under a stone we found one of nature’s hardest workers, the earthworm. They daily burrows increase airflow and add organic matter to the soil.

Parts of the schools extensive lawns are been managed differently. Wildflowers have been sown and these have a diversity of flowers that feed bees, butterflies and bugs.

Part of the school touches against working farmland. The cows were a big interest to the students and also the teacher who comes from a farming background. The yellow flowers of lesser celandine brightened up this shady corner.

On the windows of the school we found the egg sacks of spiders and a large white caterpillar. We also recorded a hawthorn shield bug or a stink bug. These can exude a drop of foul smelling liquid when agitated.

We finished up in the school garden. This is a mini oasis and refreshing for the mind a body. In the bug hotel we discovered a hibernating queen wasp. They are common in bug hotels and I have found royal wasps in lots of other schools. I gently placed her in my hand and after a few minutes her antennae started moving. Next her body starting twitching followed by her legs. At this stage we returned her to the royal suite.

The students also saved several worms that had fallen into the bird bath. In a sheltered corner the bright pink flowers of camellia were out.

Over the last two years it was a pleasure to share the natural world with the staff and students of Monaleen NS.