Wild About Wildlife: Trip to Dungarvan 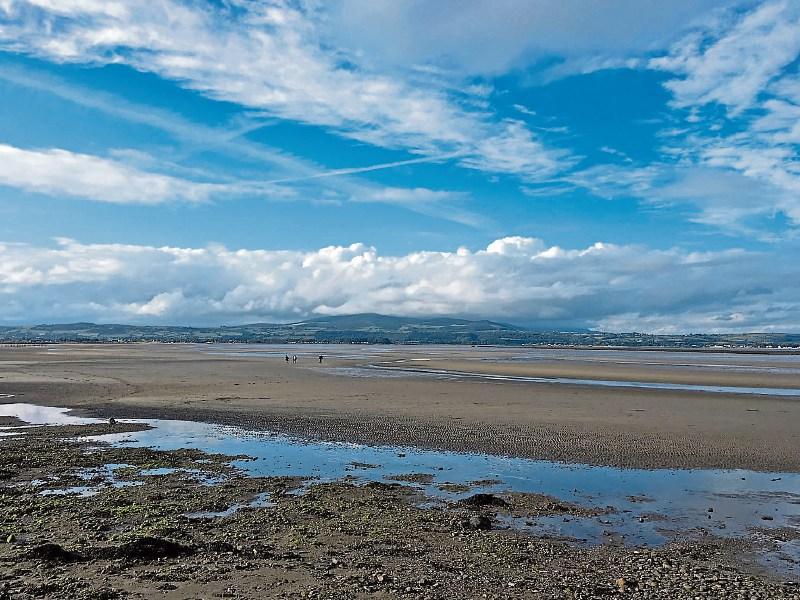 I love travelling to new places and recently I joined Tipperary branch of Birdwatch Ireland for their annual trip to the stunning Dungarvan bay. This is an international important habitat for birds and each winter the mudflats and beaches feed thousands of hungry migrants. It is also refreshing to get up close to birds that don’t normally appear in my garden or the surrounding countryside.

Under the expert guidance of Kevin Collins, we had a thrilling day learning about waders, gulls and ducks and brushing up on our field craft. We met outside the Dungarvan Arms Hotel and were joined briefly by John Power from the Waterford Birdwatch branch.

John willing shared his local knowledge of what species of birds were around and where they might be found. With time always short this information proved invaluable during the day and we able to focus our attention on certain areas.

The tide was out revealing a rich mud packed full of food for birds. The first species we saw was a Redshank. Kevin explained that this is a key species to learn, as all others are compared to it. Beak length in relation to head size is especially important as it the habitat the bird is feeding in.

The next bird was new for me. Greenshank are usually seen singly and as their name suggests they have bright green legs. Light plays a major part in bird identification. Legs and plumage became brighter or darker depending on the strength of the sun and this is where patience and experience really comes into play.

Curlew with their long distinctive down turned bill were probing in the mud. The female has a slightly long beak than then male and this means they don’t compete for the same food. While they are common in the bay, Curlews as a breeding species have been one of the real tragedies of the modernisation of agriculture. They are fewer than a hundred breeding pairs left in the county and it is hard to comprehend this, when looking out on the abundance of the bay.

Black headed gulls are very familiar and I regularly see them in the hundreds along the River Shannon in Limerick city. We also saw Common gull and this is one species of gull that I am at least becoming more competent in identifying.

The next bird I had only read about in books, the bar tailed Godwit. The first think I noticed was how long its legs are and the beak is a lot longer than that of the redshank. They were feeding in a small group.

A seal also made an appearance in the middle of the bay. They come in to feed on fish that they trapped by the retreating tide and shrinking pools of water.

We then took the short trip to the Gold Coast. On our way we saw a hooded crow dropping shellfish onto the rocks to break them. These clever birds have mastered the technique by observing gulls. It take a lot of practice to get the height right, so that the shell breaks but the meal is not scattered over a wide distance.

As we scanned the sea with binoculars and a telescope there was an eye watering wind. We quickly moved on to the pier. Below us at the edge of the sea we saw oystercatchers. These are beautiful birds with black and white bodies, orange beak and red legs. They feed on mussels and cockles found along the shoreline. I was delighted to also see Turnstones. These plump birds live up to their name and turn over stones along the beach. They are quite strong and as we watched they easily lifted large stones.