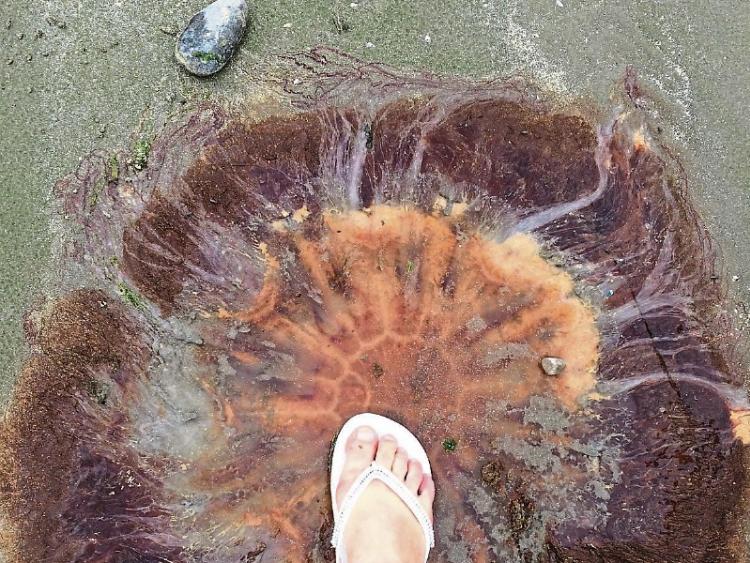 AS a family, we love holidaying by the beach, and while the weather was mixed last week, we made the most of our precious time. The phone and emails were switched off and home cooked meals were replaced with chips, treats and ice-creams. While the kids were occupied with building sandcastles there was a little time to take in some of the very interesting creatures that make their home along the sea shore.

Living in this habitat is really challenging. The tide submerges plants twice a day and exposes other creatures to the drying sun and wind. This wind is also laden with sand and blasts any flower that dares to grow more than a few centimetres.

Armed with my new mini Collins guide to the coast we went searching along the beach. My camera on the phone takes excellent photos and I can also email them to my laptop for closer examination. New technology and nature can work hand in hand.

The first sea weed we came across was furbelow. It gets it unusually name from the shape and texture of its holdfast. At first glance it looks like an exotic sea creature. The holdfast also anchors the plant, onto the stone.

Bladder wrack has air-filled sacks that help it float in the water and this means it can receive full sunlight. Gut weed looks like our insides, and it is also known as thong weed and this can be left to the imagination. Seaweed is also a brilliant fertiliser for our gardens and contains many essential nutrients and minerals. Seaweed baths are now very popular and great for the skin and I always find that my rough walking feet look great after a few days by the sea.

Black headed gulls competed with flocks of rooks and jackdaws for food from picnics. They are an efficient clean-up service and leave less waste for rats. The loud calls of the herring gulls boomed over the beach and we found lots of crabs’ claws that the gulls had dropped onto the rocks to break open.

The kids also found a jellyfish drying out in the sun. We had nothing to pick it up with and they can give a very nasty sting. Still it was the only one we found and we did not want it to dry out. We scooped up some water and when we poured it on his body it soaked in like a sponge. We also covered him with some seaweed and fortunately the tide was quickly coming in and this jellyfish was soon back in the sea.

The crashing waves forced us up the beach to the edge of the splash line. This is the first spot where the sand is stable enough for a few very hardy plants to grow. Sea scurvy, sea rocket and sea beet were all holding on. The white flowers of sea mayweed were fading and I was delighted to find fennel. This has fleshier leaves than its garden cousin and the seeds smell just as good.

Ragwort was growing on the sheltered side of the bank and we found a few common carder bumblebees feeding on the flowers.

As we walked along we gathered up a few unusual stones for my mum and the car boot felt a little bit heavier on the journey home.

Thankfully there was very little litter. I know that the local tidy towns group do regular litter pick up, but I think in general people are being responsible.

Even the local takeaway had timber forks and everyone is doing their bit to reduce the plastic mountain. The local starlings were happy to eat any leftover chips. This year’s chicks were still brown and it will be next spring before they moult into their iridescent adult plumage. The sea shore is an amazing habitat to explore, and it is refreshing, to discover plants and birds that I don’t normally see around my house.