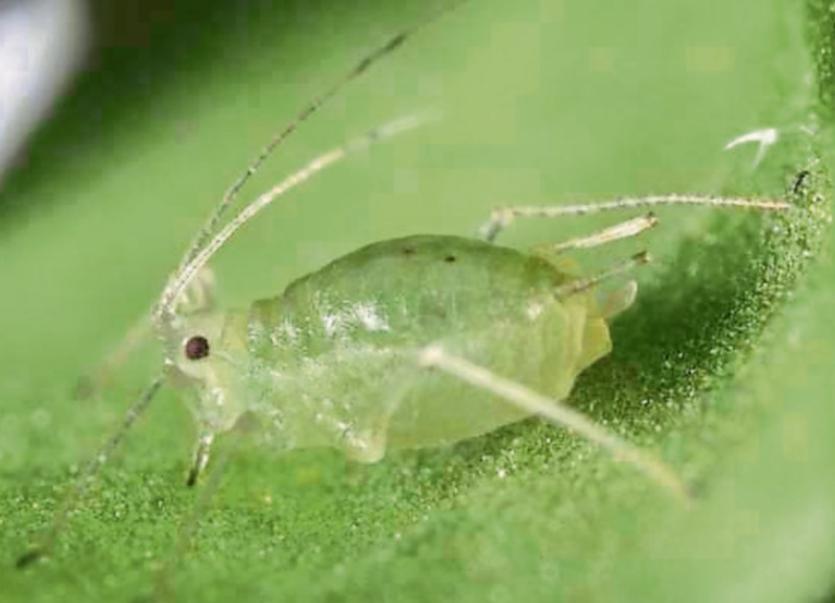 THE rain thankfully held off as I joined the staff and students from Le Cheile National School for a nature walk through the grounds of Tait House. This is a hidden oasis for wildlife in the city, and thanks to Tait House and Southhill Tidy Towns for arranging the walk.

Le Cheile school is working har, towards its green flag on biodiversity, and the nature walk was part of their project, to raise awareness around biodiversity, throughout the school.

Earlier I had caught a red tailed bumblebee worker, feeding on the flowers. She was safely inside a bug container, and we passed her around, so the kids could examine her different colours. They also held her up to their ears, to listen to the buzzing. This bumblebee is really easy to identify, with an all-black body, and a red/orange backside.

I explained that pollinators like bumblebees, are really important for us, as they provide over half the food that we eat each day. They also help our mental health, by increasing the colourful display of flowers, in gardens, parks and school grounds.

The school can help pollinators, by leaving areas of long grass, for nesting bees, and planting lots of pollen and nectar rich flowers. The junior pollinator plan can be downloaded from the National Biodiversity Webpage, and this plan is a brilliant resource, for any school.

Next we examined cuckoo spit and one brave girl volunteered her hand. I carefully used part of a grass of stem, and all were amazed when a tiny insect was revealed. This insect is called an aphid, and sucks the sap of plants. It creates the froth, to protect itself from predators, and adverse weather. When fully grown, they are capable of jumping 100 times their own body length.

Soon everyone was searching, through the vegetation for a frog hopper of their own. Some were disappointed that they could not find any but I encouraged them to go bug hunting at home, or in the school grounds. It always amazes me, what really catches the student’s imagination, on a wildlife walk

Tait House has some fabulous trees. We looked at the difference, between the ash and beech leaves. The beech tree was covered in nuts, and these are food for squirrels, birds like chaffinches and animals. The husk of the beech nut, is really tough, but the clever birds go to trees, beside footpaths and roads. Here the feet of people, and the passing cars, break open the hard shells.

A very scarce tree is the mature walnut. The leaves are like ash, but are more rounded. We could just see the start, of the ripening walnuts, and I will return again, later in the year, to see if they can be harvested.

The students got very excited, when they spotted a Woodpigeon, and I asked them to practice their staking skills, and see how near they could get to this wary bird. They managed to get within 20 feet, before the temptation to run got to strong, and the bird soon disappeared. Woodpigeons eat the leaves of dandelions and dock, and the berries of ivy in the autumn.

As we walked beneath the trees, we could hear rooks calling in their nests. There is a large and active rookery here, and these “crows of the city” eat lots of grubs, found in the soil

We returned to the ground, and discovered a slug, under timber. I told the class that in nature every creature has a role. Slugs helps create healthy soil, and it also on the menu of hedgehogs and birds.

We swept the long grass, and emptied the contents, into a tray. It was full of life, and we caught weevils, spiders, flies and even a 14 spot ladybird. Next we swept the short grass, and there was only one insect there. Leaving areas of long grass, will create homes for insects, and this will then become, a feeding station for birds. Thanks to all the staff and students for their interest in nature.