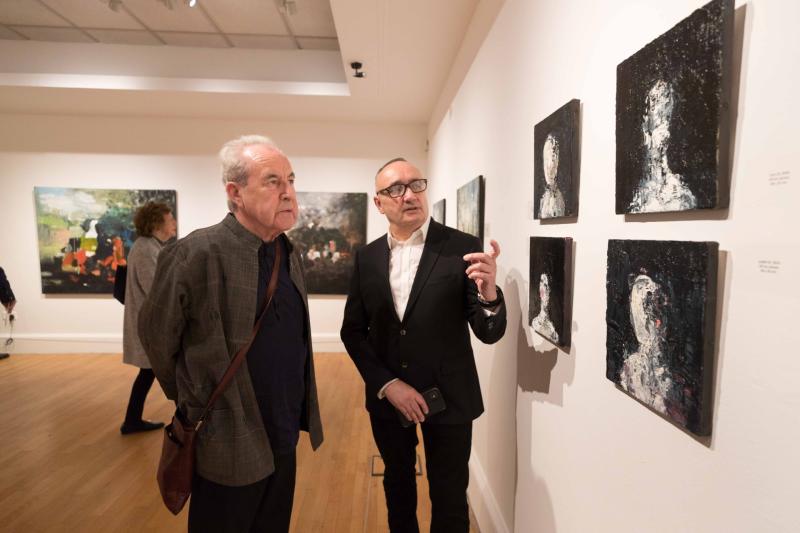 BOOKER prize-winning author John Banville made a special appearance in Limerick for the launch of In A Liminal State, a retrospective exhibition displaying the work of painter and master printer Stephen Lawlor.

Running at the Hunt Museum until July 3, the exhibition explores many of the artworks featured in the newly published Gandon Publication “Profile 29: Stephen Lawlor”.

Born in Dublin in 1958, Stephen has exhibited and worked regularly in Sweden, Belgium and China. His figurative images can border on abstraction but there is always a strong connection with the history of European painting.

His use of light and his focus on the past makes his work instantly recognisable. Images of women started to appear in his work after an uncanny encounter in 2004.

His recent paintings have been described as ‘like Dutch Master on acid’ and can seem far removed from the spectral Geisha or Royal figures in his etchings, encased in the liquid black of their inky spaces.

We were thrilled to officially open Stephen Lawlor's retrospective IN A LIMINAL STATE on Thursday with special guest John Banville.
Exhibition is on until July 3. Do pop in for a look! Works are for sale. #art #Limerick #prints #etchings #oilonaluminium #masterprinter pic.twitter.com/oVZh9PAlge

In his introduction to Profile #29, author John Banville, says “Considering the paintings and prints of Stephen Lawlor, I am struck by how apposite is that notion of an art that makes visible the invisible space of air ... That world exists, in these works, in a liminal state, oddly resistant to the eye’s grasp and yet wholly palpable, wholly there. Gazing into one of his canvases you find yourself being drawn deep and deeper into a landscape – or a ‘landscape’ – sumptuous yet uncertain, that is at once familiar and ineffably mysterious. It is a magical, slightly eerie sensation; you seem astray in a forest, a garden, a numinously shadowed cityscape, under a turbulent gold-and-umber sky that seems more solid, more grounded, than the ground you tread on.” 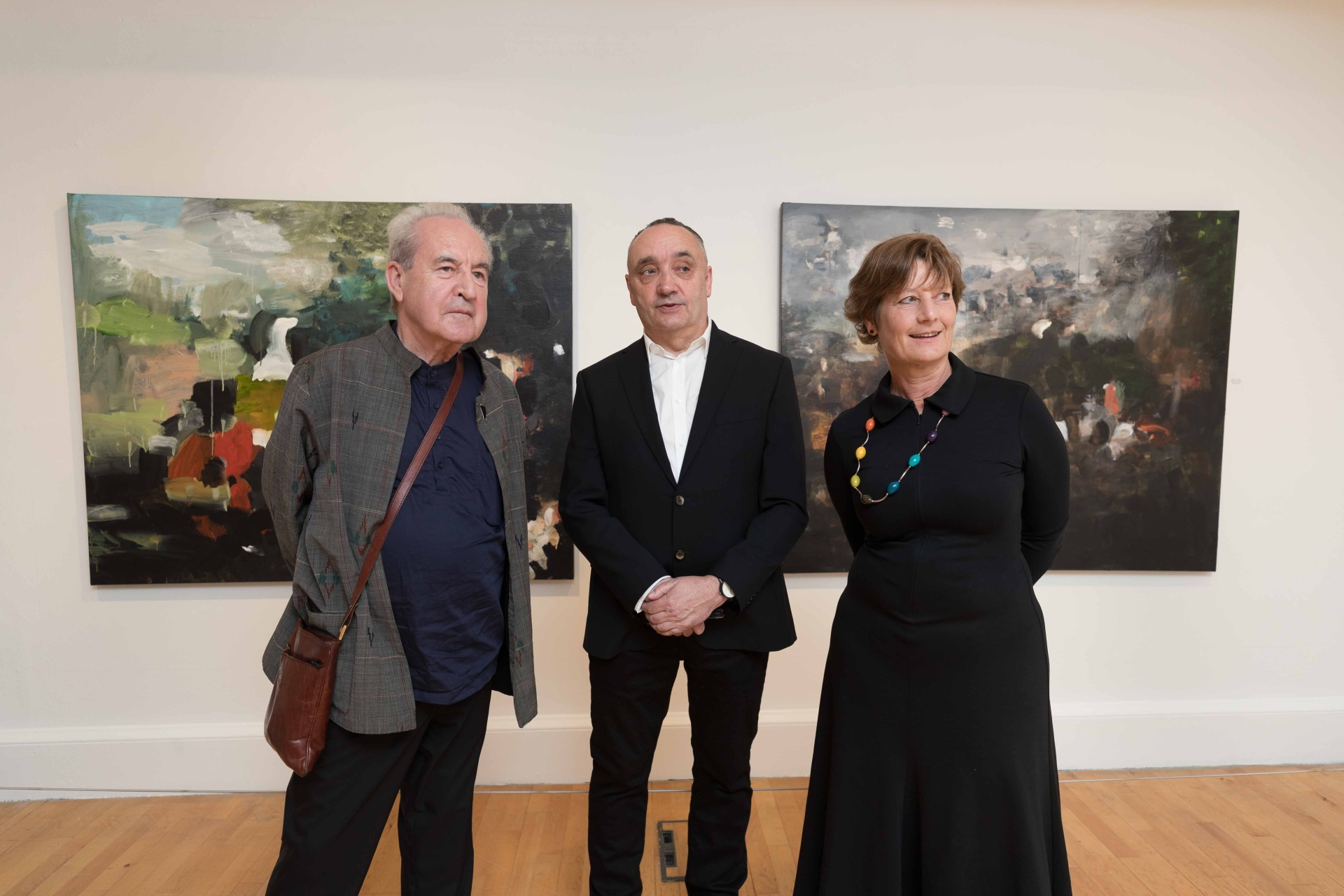 Speaking about the exhibition, Jill Cousins, Director at the Hunt Museum, commented: “In a Liminal State is a fascinating study of the influences on Stephen’s work. The exhibition contains gems from his early period as well as more current work, many of which give you feelings of tension and unease. You are in an uncertain place or space.”

Several prints and paintings by Stephen Lawlor are available for purchase ranging from €160 to €9,000 as well as copies of the Profile #29.