Seventeen movies to watch on TV over the next seven days 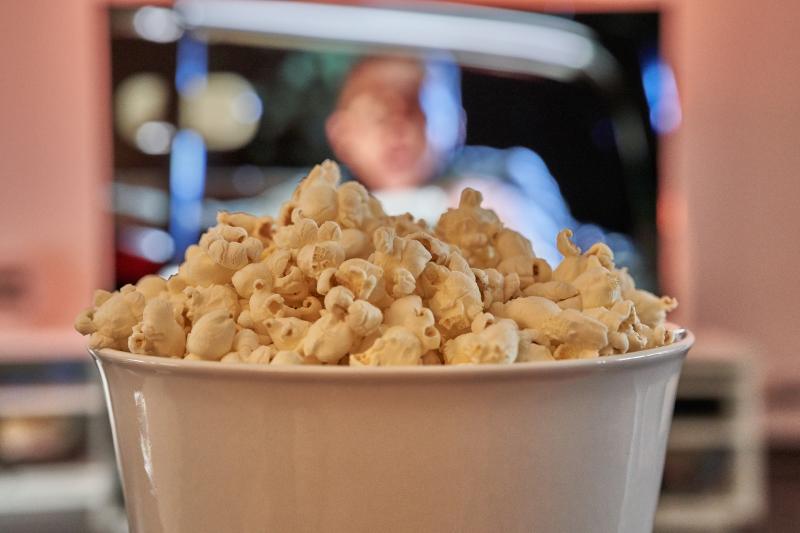 Lake Placid. The name conjures up images of peace, calm, stillness, relaxation doesn't it. What it doesn't conjure up is gigantic killer crocodiles. But they are there. And they are hungry as hell. This comedy/action/horror/thriller from 1999 is mighty craic and even better is that it knows it's silly and has fun with the fact. Bridget Fonda, Oliver Platt, Brendan Gleeson and a profane and much missed Betty White all add to the mirth.

Newland is smitten with Ellen but he's engaged to marry her cousin May. What's a man to do? Martin Scorsese's look at 19th century society in New York City is as far from the gangster films he's best known for as it's possible to be but it's still a staggeringly well crafted and absorbing look at love and longing in an age where expressing your true self was highly avoided. Daniel Day Lewis, Michelle Pfeiffer and Winona Ryder all do stunning work.

After a health scare issue prevents him from working, Daniel finds himself tied up in the red tape of the UK benefits system. A system designed to rip the heart and soul away from a person. Ken Loach's 2016 drama is a maddening, upsetting & nightmarish indictment of ridiculous government policy but one also filled with humour and a deep humanity. A horribly believable film. Dave Johns & Hayley Squires are excellent.

Fred Tate is quite smart. In fact he's brainy. Well to be honest he's a genius. But he's also only seven and he's struggling with his gift. His mam Dede is worried and broke but wants him to have the world. Jodie Foster's directorial debut is a warm and touching look at the struggles facing people who are considered to be outside the norm. Foster and Adam Hann-Byrd do strong work as mam and son.

Thousands of people all over Ireland learn the piano and every year they have exams to earn a grade. The 8th grade is the target they all strive for, the pinnacle of learning. Some find it easy while others have to struggle. This Irish documentary is about the students and teachers take part. It's a delightful watch, far more interesting and enjoyable than you would imagine. A lovely, moving and very likable way to spend 100 mins.

Eli and Charlie Sisters are a pair of confusingly named brothers who are also assassins that ply their trade in the big ol' wild west. Herman Warm is a gold prospector. Their paths are about to cross. Jacques Audiard's western is a triumph. Warm, funny and beautiful looking yet vicious and horrifying in places. All the old genre tropes are here but given a humane twist by a pair of great turns from John C.Reilly and Joaquin Phoenix. Riz Ahmed and Jake Gyllenhaal prop them up wonderfully.

From the magical hands of Michael Powell and Emeric Pressburger, this tale of a ballerina torn between the twin loves of her life, ballet dancing and her husband, is an absolute stunner. It's a film that should be watched even if the subject matter doesn't appeal. It's an astounding piece of work and one that has been influencing movie makers for over seven decades. Moira Shearer and Anton Walbrook are first rate.

The heist he's planned for years goes well but in the aftermath Johnny gets jailed. Before he was caught he buried the money and now his accomplices want it and will do anything to get it, including going after those he loves. It might feel a bit tame nowadays but it's depiction of prison life and vicious criminality got it banned in Ireland for a number of years. A tense, exciting watch powered along by solid turns from Stankey Baker and Sam Wanamaker.

A young English couple come to Ireland for a music festival. It's dark, the weather is muck and the signposts are confusing. Oh and there's something out there in the night, watching, waiting. A suspenseful and claustrophobic watch, set mostly inside the car our heroes are driving. It's nothing you haven't seen before but it's well made and it will made you anxious and any horror that can do that is worth a watch. Allen Leech, Alice Englert and Iain De Caestecker do nice work.

The life and times of a young chancer in 18th century Ireland who is forced out of the country and has no choice but to join the British army. One of Stanley Kubrick's least talked about films but one of his warmest and most satisfying ones. Ryan O'Neal plays the lead and yeah his accent is ropey in places but he gets the job done. It's a gorgeous looking film who's pace may be offputting to some but stick with it and you'll love it.

Do you like cheesy sci-fi? Look no further. Two people working on a space station on a moon off Saturn finds their cosy life turned upside by a malevolent intruder and his murderous robotic companion. Harvey Keitel may have called this the nadir of his career but it's still an amusing and imaginative watch with a wicked soundtrack. Kirk Douglas and Farrah Fawcett make for an interesting couple, if you can get past the age difference that is.

Gal is living his best life in the south of Spain. He's sunbaked and happy as a clam. Until the day he finds out his gangster ex partner Don is coming to recruit him for a job. Don is not a nice man. A hell of a watch, hilarious and terrifying and sometimes both at the same time. It contains a Ben Kingsley performance that has to be seen to be believed, it's truly out of this world. Ray Winston as Gal ain't too bad either.

Kelly's on the run. She's a lady of the night and her former employer is out for her blood. She lays low in suburbia and tries to create a new life but deviancy bubbles beneath the whitest of picket fences. Samuel Fuller's thriller might be 57 years old but it's still a potent brew of the lurid and the taboo which got it banned in the UK for 39 years. Constance Towers puts in a towering performance (hahaha sorry) as a woman who is sick of it all.

Time for one of the most epic westerns ever made. The sprawling tale of one family set over several decades from the Gold Rush to the arrival of the railroads. 3 hrs of every western you've ever seen all rolled into one and with a cast that will amaze you. James Stewart, Carroll Baker, Walter Brennan, Henry Fonda, Debbie Reynolds, John Wayne and too many others to even begin to name star in an enjoyable and all encompassing tale.

A disparate group of people find themselves being picked off one by one at a run down motel in the middle of nowhere. Just what on earth could be going on? An entertaining and blackly comic, grisly whodunnit filled with enough twists and turns for a dozen films. There's a fine cast too including John Cusack, Ray Liotta and Amanda Peet and their good work might just stop your eyes from rolling out of your head late in the story.

Isabel and Tom run a lighthouse on a remote island and one day discover a baby in a floating dingy. Not knowing what to do they raise the child as their own. Until one day.... Derek Cianfrance's movie is a handsomely shot and well acted movie that's quite affecting in it's own little way. Michael Fassbinder and Alicia Vikander (a real life couple) both do memorable work as a couple grasping at the chance of a better life.

A quiet western town finds itself cowering in terror when a feared gang makes a reappearance. Only one man is brave enough to stand up to them and on his wedding day too. One of the quintessential films of the western genre & an early example of revisionism. Gary Cooper and Grace Kelly lead the film as the newly married couple and are both superb. It's gripping, it's exciting and it's all done in 85 minutes. What's not to love?