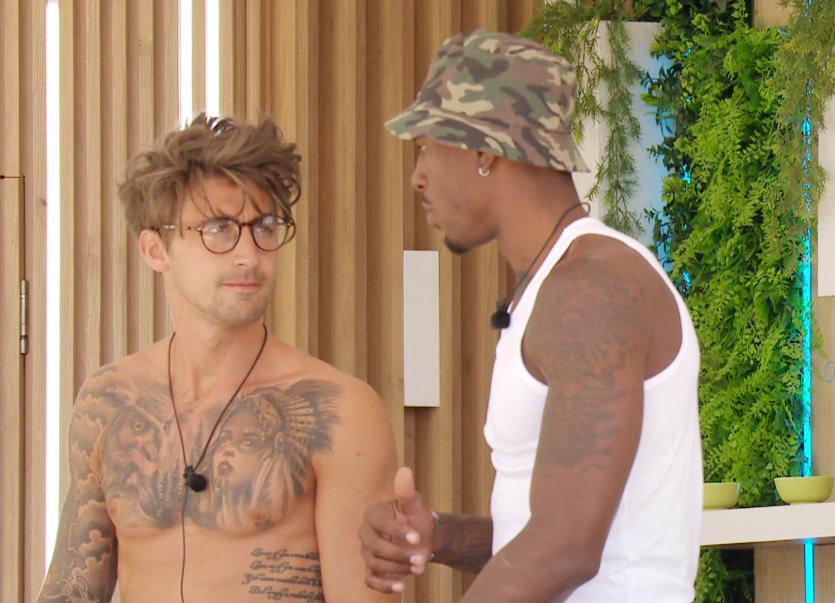 The villa erupts after Jordan's head is turned by India

Since becoming official, Anna feels that Jordan hasn’t been spending much time with her. Speaking with Harley on the bean bags, Anna says “I’ve got a bad feeling. Is it genuine the way he feels about me?”

Harley says “I think he is.”

Anna says “He never tries to spend time with me.”

Harley tries to reassure Anna about her relationship with Jordan. She says “I disagree with what you’re saying. I think he really does like you.”

Meanwhile, Jordan confides in Curtis at the fire pit. Jordan says “At the time I asked her to be my girlfriend, it felt normal and natural and it was the right thing to do. But I feel like I may have rushed into it.”

Jordan then confesses he may have eyes for another girl in the villa. He says “I feel like over the past couple of days I’ve had a few good conversations with India. I actually get on with her really well. I’m finding myself looking forward to bumping into her in the villa and having a conversation with her.”

Curtis asks “Do you think there is anything wrong in your relationship with Anna?”

Jordan says “I don’t think there is anything wrong. I do think she can be hot-headed but I knew that anyway. Why am I thinking this now?”

Curtis says “Maybe she [India] is a catalyst to make you realise that you and Anna aren’t perfect. If you are truly feeling something for someone else, it’s better to explore that now than in a year’s time.”

Jordan reflects on his feelings in the Beach Hut, he says “Since India has come into the villa, we get on really well. Obviously, she’s a good-looking girl. It’s definitely something I’m going to process in my head and decide what to do in due course.”

But after a good night’s sleep, Jordan appears to have made up his mind. Speaking with Curtis on the swing seat, he says “I think I’ve confirmed the location of my head…India.”

The next evening, Curtis is speaking with Maura on the bean bags and fills her in on Jordan’s doubts about Anna and new feelings for India.

Curtis says “I’ve been speaking with Jordan. Basically, he is a little bit confused. He has feelings for India.”

Maura is startled “Sorry, what?”

Curtis is keen to keep this between him and Maura. However, Maura wants to tell Anna immediately.

Meanwhile, Jordan asks India for a chat on the sun deck.

Back at the bean bags, Maura has noticed that Jordan is having a chat with India. Maura says “Is he going to do that before talking to Anna? I don’t believe this!”

While Curtis tries to explain, Maura gets up and goes to speak to Anna. Maura and Anna head to the swing seat, Maura says “He’s cracking on with India. He likes India.”

Anna asks “How do you know?”

Maura replies “Curtis told me. He’s pulled her for a chat right now.”

Anna gets up and heads straight over to Jordan and India’s conversation at the sun deck to get answers.

Will Anna get the answers she seeks?

Molly-Mae is keen to speak with Tommy after a headline in the recent challenge suggested she may not have genuine feelings for him.

Molly-Mae says “After all this time, people are going to come to me and say that I’m being fake. That is so frustrating to hear!”

Tommy is keen to reassure Molly-Mae that he doesn’t care about the revelations from the challenge. Tommy says “It doesn’t matter what anyone thinks because I love you so much. That’s all you need to know. You’ve got my heart until you don’t want it anymore.”

CURTIS AND MAURA HEAD TO THE HIDEAWAY FOR SOME ALONE TIME

The Islanders decide that Curtis and Maura should head to the Hideaway this evening.

Maura reflects in the Beach Hut, she says “I’ve been waiting from day one to see what the Hideaway was like. I’m definitely excited to spend some quality time alone with Curtis.”

Curtis and Maura arrive in the Hideaway and get in the hot tub. Curtis says to Maura “I misjudged you. You’re different now that I know you. I knew there was a softer side to you.”

The next day, it’s clear that Curtis and Maura have enjoyed some alone time away from the other Islanders. Curtis says “I wish we could spend longer in here. A lot longer.”

Harley has just expressed to Chris that she wasn’t pleased with his behaviour in the recent challenge, after he presumed the public to think he and India were a perfect match.

The next day, Chris is keen to make amends with Harley, so he seeks advice from Ovie on making Harley an apology breakfast.

Chris says to Ovie “Basically, what I want to do is make ‘sorry’ out of toast and then a couple of poached eggs with smashed avocado.”

Chris gets to work and whips up breakfast for Harley. He then presents the breakfast to Harley who thanks him. But when Chris goes in for a hug, Harley says “Not yet.”

That evening, Chris asks Harley for a chat to finally resolve the drama between the pair.

Chris says “I never meant any of it in a malicious way.”

Harley says “I needed to say it, because you wouldn’t have thought that you had done anything wrong.”

Chris then says “Part of the reason I want to keep this going is because you bring out a side to me that I don’t normally show people. That to me, says that you’re special.”

Has Chris done enough to win back Harley’s affections?

Brought to you by The Otto Clinic