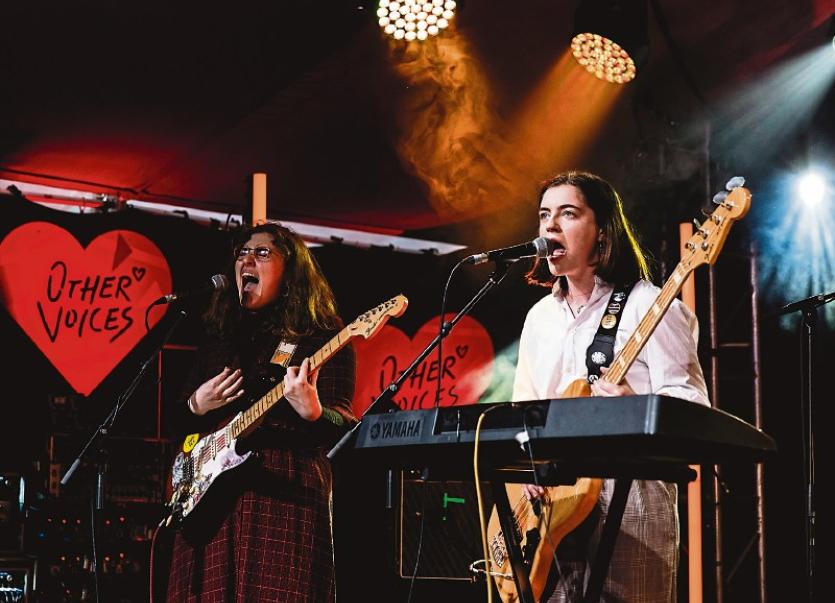 ONE OF Limerick’s most wonderfully eccentric and talented acts, PowPig, will perform their new and critically-acclaimed release at the Kasbah Social Club this weekend.

The four-piece, teenage, all-female alt-rock have experienced a fast trajectory in Ireland’s independent music circuit since their lauded performance on the Other Voices set last year.

And the latest work, released through Out On A Limb Records and Strange Brew on a split-record release in March, appears to have matched that promise.

As part of the set list, The artists will join Junior Brother on the Kasbah stage to perform their two new tracks, Mayday and Pretty Woman.

Their performance this Friday night will form part of their “first worldwide tour”, they jokingly say, after gigging in Galway and Dublin.

In a youthfully exuberant statement to the Leader ahead of the gig, PowPig said: We’re really happy to finally have Mayday and Pretty Woman out in the open, and even more excited to have released them with Junior Brother!

“The excitement of going on our first world-wide-tour is quite literally debilitating. We also consider ourselves blessed to have the chance to play on one of our favourite holidays: Good Friday.”

PowPig jokingly add: “The Pope himself has sent his good wishes (apparently Jesus is considering his second coming just to see us live, on Earth, amongst the humans. We look forward to seeing him too, but won’t get our hopes up— we’re trying to keep a modest sensibility.)”

“The whacky and zany split record was released online and on cassette, which has received positive reviews since the release last month.

PowPig performed at Roisin Dubh on Wednesday and play Grand Social in Dubin this Thursday.