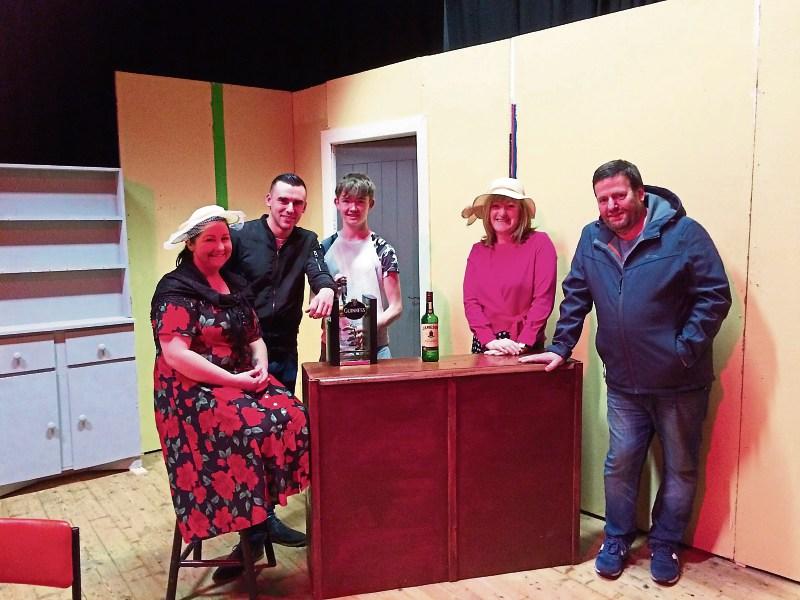 FOR West Limerick amateur drama groups and audiences, the work of John B Keane is as fresh and popular as ever.

And this drama season, it is the Abbeyfeale Players who are stepping forward with their John B offering, The Chastitute which opens in the Glórach Theatre on Thursday, January 31 for a run of seven nights.

While the social norms have changed radically since John B wrote the play 40 years ago, and the power of the Catholic Church has waned considerably in that time, there are still relevant themes to today’s world.

The play centres around middle-aged bachelor farmer John Bosco McLaine, and his attempts to find a woman to settle down with. McLaine has had little luck in the past with women, but through the encouragement of his Aunt Jane, and the efforts of matchmaker Micky Molly and local heartthrob Sylvester Brady, Mclaine decides to make a last stand to finally get “the ball in the back of the net”.

Farcical results ensue, but none of it is for the want of trying.

One of the themes dealt with in the play is the loneliness that McLaine suffers and its contribution to depression. It also looks at his predilection for alcohol to snuff out the pain of his existence.

Yet the overall mood tends towards the humourous and comedic, with some wonderful dialogue between Mclaine and Micky Molly and also with Fr Kimmerly, as well as some hilarious flashbacks from his past endeavours with women.

“It’s a wonderful play, with plenty of humour and just the right amount of pathos,” said director Merce Hobson.

“While the large cast presented some problems, it also gave us a chance to bring many newcomers onto stage for the smaller parts.”

Denis Hobson plays the lead role of McLaine, reprising the part that he is best known for in the West Limerick/North Kerry region and is joined by a very enthusiastic cast and crew, buoyed up by their extraordinary run of success with Family Fever last year.