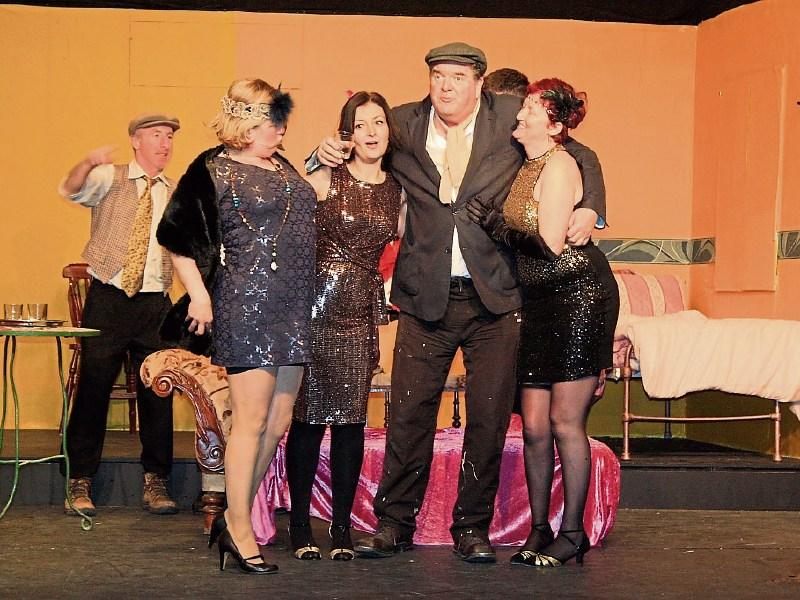 A scene from The Informer, which opens in Granagh Community Centre this Friday and runs over the next two weekends

IN the dozen years since they were first set up, the Granagh Players have helped to put Granagh on the map, attracting visitors into this small rural community each January when they stage their annual play.

But even more so, the drama group has played a role in strengthening community interaction which in turn has led to new projects including the refurbishment of the local hall as a community centre.

Now the community centre is set to welcome audiences back this weekend when the curtain goes up on this year’s production by the Granagh Players: The Informer.

The play has been adapted by the late playwright Tom Murphy based on the novel The Informer by Aran Island writer Liam O’Flaherty.

The action takes place in Dublin in the early 1920s. The central character Gypo Nolan is a former Irish Republican Army man who drowns his sorrows in the bottle but who is desperate to escape his bleak Dublin life and start over in America with his girlfriend.

The authorities advertise a reward for information about his best friend, current IRA member Frankie, wanted for the killing of the secretary of the Farmers’ Union. Frankie’s orders were to use his gun only if necessary but after the killing, the organisation disavowed his act and expelled him.

Gypo co-operates with the authorities putting him in a position to pay for his passage to a new life in the New World, but can he escape the overwhelming guilt he feels for betraying his buddy?

Intertwined in this story are many Dublin characters from neighbours to policemen, a publican, a sailor, streetwalkers Luigi in the chip shop, even an Evangelist.

The Liam O’Flaherty novel was made into a film in 1935 directed by John Ford and which created its own controversy.

It won four Oscars including Best Director for Ford but screenwriter Dudley Nichols refused to collect his Oscar for Best Screenplay in solidarity with the Screenwriters Guild who were then on strike.

The production has a cast of 23 which includes some new faces: Sean English, Martin Treacy, Steven Hickey and Colm Noonan.

The curtain will go up this Friday in the Granagh Community Centre at 8.0 and will run over two weekends, January 18, 19 and 20 and January 25, 26 and 27. Admission is €10 with students €5 and there will be plenty of tea, buns and apple tart for all comers.