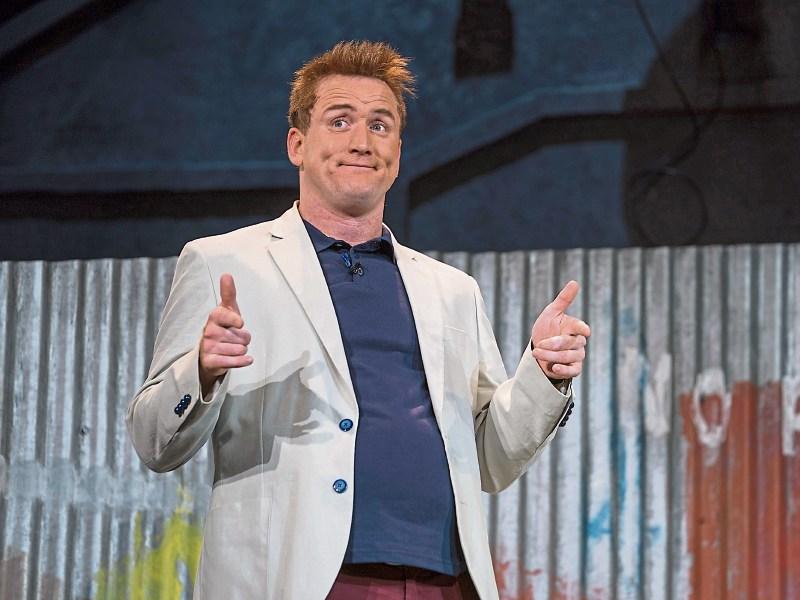 The show - starring the superb Rory Nolan as the central, self-obsessed ‘Rossmeister’ - is going out on tour due to phenomenal public demand after playing to rave reviews and standing ovations at the Gaiety Theatre and is the very first time that O’Carroll-Kelly has brought any of his stage plays on a full nationwide tour.

Postcards from the Ledge will run at the University Concert Hall from February 12-16 and the man himself said he was “excited in a big-time way to be bringing my act to Cork and Limerick in the New Year.

“These are heady times indeed for the people of Munster. They’ve got Joey Corbery, they’ve got Donnybrook Fair - and now they’re getting me,” he quipped.

“The Lambo is fully fuelled and ready to drive. I just can’t wait,” O’Carroll Kelly added.

Directed by Irish Times Theatre Award winner Jimmy Fay, the show stars the award-winning actor Rory Nolan, who has played Ross in his stage incarnation over the past decade.

Postcards from the Ledge is the fourth stage play for the character created by Paul Howard.

See www.uch.ie for more and to book tickets.