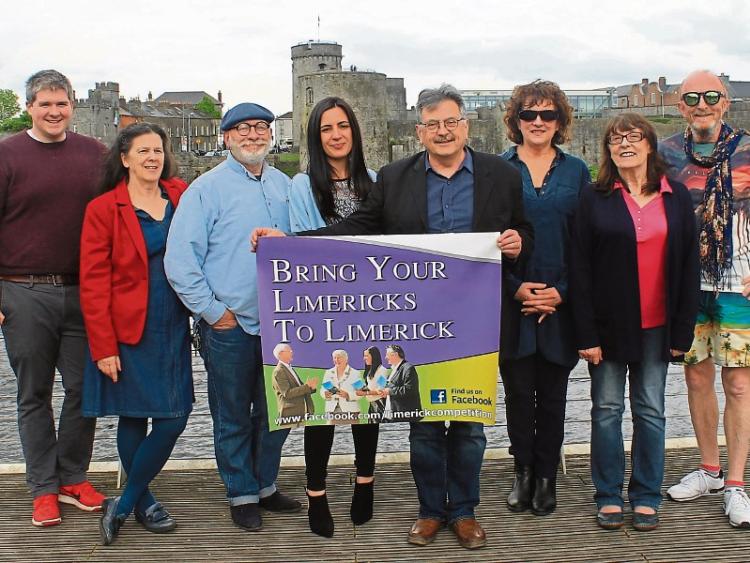 THE chance to become this year’s champion limerick writer is up for grabs in Limerick, with €500 on offer for the winner.

The Bring Your Limericks to Limerick Competition returns this year for a sixth outing - one more than there are lines in the famous verse - with an event at Dolan’s on August 25.

Organised by Limerick Writers’ Centre, the event has attracted entries from all over the world from fans of the funny, though often ribald, irreverent, and sometimes vulgar verse, with local theatre facilitator Monica Spencer taking the title in 2017.

Organisers are again stressing the connection between the verse and the place, believing that limerick has bestowed on our city and region a unique natural advantage which, up to now, we have failed to capitalise on.

“The hope is to make the competition an integral part of the cultural life of the city and region and further the aim of making the Limerick verse form synonymous with the city and its hinterland,” said festival director Lisa Gibbons.

“Our ultimate aim is to make Limerick the world centre for this famous verse form,” she added.

For more details and to enter the competition, see www.limericksfest.wixsite. com/ limerickliteraryfest.