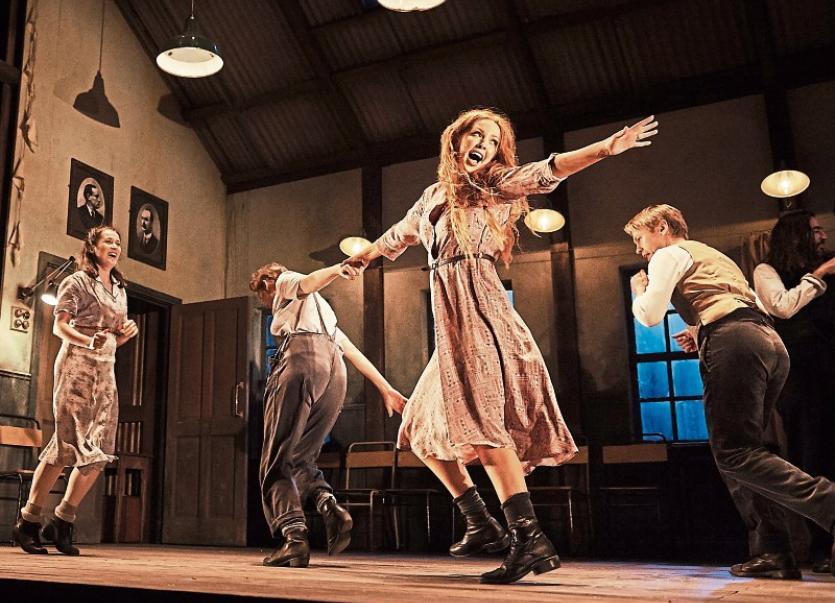 PAUL Gralton was one of the lucky ones who saw the Abbey Theatre’s production of Jimmy’s Hall before it opened.

A cousin of the Leitrim farmer Jimmy Gralton, the only Irishman deported from his own country and upon whom the story was based, Paul saw a section of the dress rehearsal ahead of the premiere, so had some idea of what the play was going to be like. Nothing, however, prepared him for the “vigorous, uplifting performance” that captured the narrative and tensions in Irish society so well when he saw it in its complete form.

He says the story of his famous cousin was “always being retold” and was kept alive in folk tale format until Ken Loach told Gralton’s story on the big screen. Paul’s own father, who was born just after Jimmy left Ireland, deported to the US in 1933 for political agitation and being a free thinker, “grew up with Jimmy, because the story was always there within his life”.

There was trepidation in the family ahead of both film and then stage productions.

“His story is always being retold; the story was kept alive by small groups of people and kept going and, in some ways, I saw Ken’s taking on of that story, in retrospect, as a continuation of that storytelling,” explains Paul, speaking ahead of the now smash hit play’s opening at the Lime Tree this summer.

“The thing I like about Jimmy’s story is that there was a sense of a spirit of doing things positively that goes on. Local people keep the story alive and I would hope in some ways that the legacy of that story might now go down and help or inspire people in Limerick.”

The play, in which Jimmy takes on the establishment via the dancehall he founded, was a roaring success on its opening, bursting with song and music, dancing and plenty of real life trials of the heart.

Political tensions mounted in real life and the freedoms allowed in the hall put Jimmy in conflict with establishment Ireland in the post-Civil War era. His alignment with Communist thought certainly did not help.

“In some ways it is a sad story, in many ways it is not, because you had a community that came together to do something positive for everyone in the community,” says Paul.

“Jimmy may have been the catalyst for that, but local people built the hall, it was run by local people as volunteers, it had all kinds of fun, exciting stuff going on in it, from dance and drama to courses on agriculture and sport - all kinds of things for local people. Sometimes the politics can get in the way of the fact that young people in Ireland came together, in Leitrim, to do something positive in their community - and that is quite an important message I think.”

There is no doubting that, despite the weighty subject, the Abbey’s Jimmy’s Hall is a superbly entertaining night out, filled with song and dance. Sarah Lynch, who hails from Caherdavin and is now the Abbey’s touring producer, said it was “pure entertainment”.

“It is the story of Jimmy, who wanted to do his dancing and play music.

“It is a really great combination - it is our history, it is very recent and you can go as deeply as you want into the political aspects, but it is great fun. We have a cast that is super talented and it ticks all the boxes,” she adds.

For Paul, it is real life and still poignant, but he says it is “full of song and dance”.

“It is an enjoyable, uplifting show in a lot of ways, despite being quite a sad story,” he says.

“I was quite amazed. I was lucky to see the premiere and I don’t think it was what any of us expected in a way, it was a very pleasant surprise. It captured the spirit of what Jimmy was about, which was a hope for an Ireland that was for all of its people. I think they did it really well.

“These were people who laughed and joked as well as had serious ideas. They had fun. Within the midst of all of this, there was space for laughter and friendship and camaraderie, and that is what the play does really well, it gets that spirit up there and running.”

Jimmy’s Hall opens at the Lime Tree Theatre on July 14 for a week run. See www.limetreetheatre.ie for more.