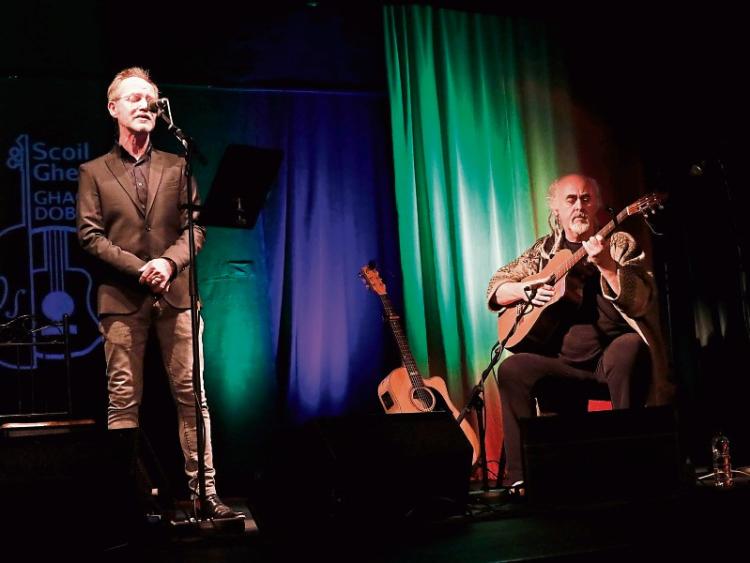 Fans of the very best in Irish traditional music are in for a huge treat next week when Iarla Ó Lionáird and Steve Cooney take to the Dolan’s stage.

The duo will perform in the Warehouse on Thursday, May 31.

The twice Grammy- nominated Ó Lionáird is best-known as the singer in the world-renowned supergroup The Gloaming. He has also performed and recorded with such luminaries as Peter Gabriel, Nick Cave, Robert Plant and Sinéad O’Connor. Recent film credits include Brooklyn, in which he appeared. He is currently studying for a PhD at UL.

Steve Cooney moved from Australia to his ancestral home of Ireland in 1981, where he has built a reputation as a truly gifted guitar player, known for his work with Stockton’s Wing and with accordionist Séamus Begley, while he has played on over 60 albums with Irish artists.