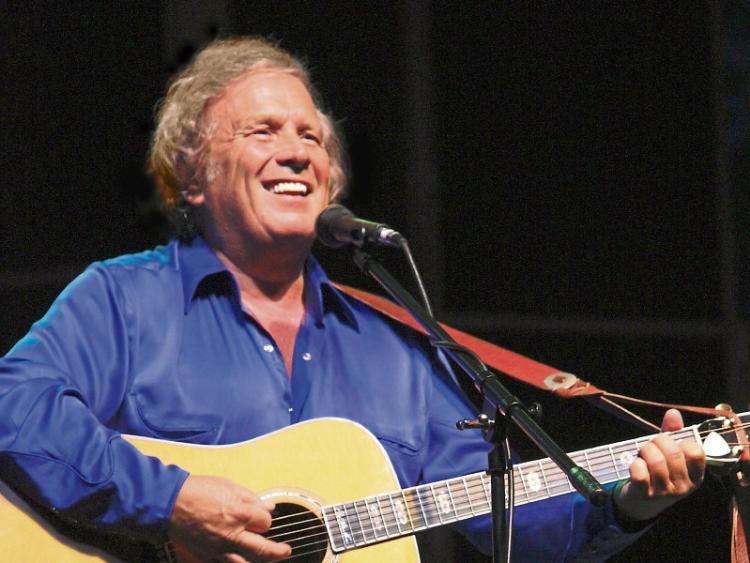 Prolific US singer-songwriter Don McLean is coming back to Limerick for two shows at the University Concert Hall.

The American Pie singer comes to Ireland for a 19-date tour, including two shows at the UCH on June 1-2, after the recent release of his new album Botanical Gardens - his 19th studio album and first in eight years.

Arguably one of his most reflective to date, he said “The inspiration for the project started years ago when I would walk in the beautiful gardens in Sydney Australia near the Opera House. I would dream young dreams and it was a comfort and an inspiration. I was always young inside, like we all are, and I felt it again there.

“The whole album really revolves around the title song. Later on I realized that the gardens are really a metaphorical heaven, and there’s a kind of death and rebirth.”

The album hears McLean penning personal numbers looking back on a life well lived, as well as his observations on youth and love.

It was recorded at Watershed Studios in Nashville, allowing different kind of intimacy for Don and his band, as they were made to “play close and feel the music”, resulting in a raw, yet tight sound throughout into an album weaving country, Americana, folk, and boot stomping rock.

With over 40 gold and platinum records worldwide, McLean is one of America’s most beloved country artists, whose music has been performed by artists as diverse as Elvis Presley, Madonna, Fred Astaire, Chet Atkins, Weird Al Yankovick, George Michael, Josh Groban, Coolio and Ed Sheeran, while his biggest hit American Pie was recognised with high honours by being inducted into the Grammy Hall of Fame in 2003.